Well for the second time in my life,  I wrapped an instrument around a tele=pole in the basement here late last night.

This particular axe was a cheapo Kentucky F style that, almost from day one, had caused me nothing but problems. The list of stuff wrong was not that long, but it was SUPER intense.

I won't really get into it except to say the mental grief involved up until last night when I finally strung it up  had really taken it out of me. There was bad factory damage to the back of the neck under the 1st fret  when I bought this factory second.

I thought when I had sold it to a good friend /trucker it was a solid fix I had done.

About tree weeks after he left, I realized that I should never have let it go without doing a backstrap repair on it.

THAT was the ticket to none of this happening...

A year later he calls to say that while he was playing it, the whole headstock snapped right off!  Long story short, he is sure no longer a friend after a drunken texting moment with me about me not getting the mandolin back to him in a timely manner.

I was SO looking forward to giving the mandolin to a local woman too, who really needs something better than what she is touring with. It was almost the only thing on my mind last night as I was smiling, finishing it up.

I calmly took off the new strings, took off the tailpiece and bridge and machines , took it in the other room and whipped it around a tele pole in the basement here, all the while swearing loudly.

I gotta say, it felt good.

Kerry, if it made you feel better.... it made me feel better!  Sometimes, there just isn't any other way.  I'm just wondering though...did the wrap around the pole relieve the angst or the good old string of swear words?

And oh yeah, any pics of that mando?

You could always become a masked crusader...https://youtu.be/010aaw1Ajo0 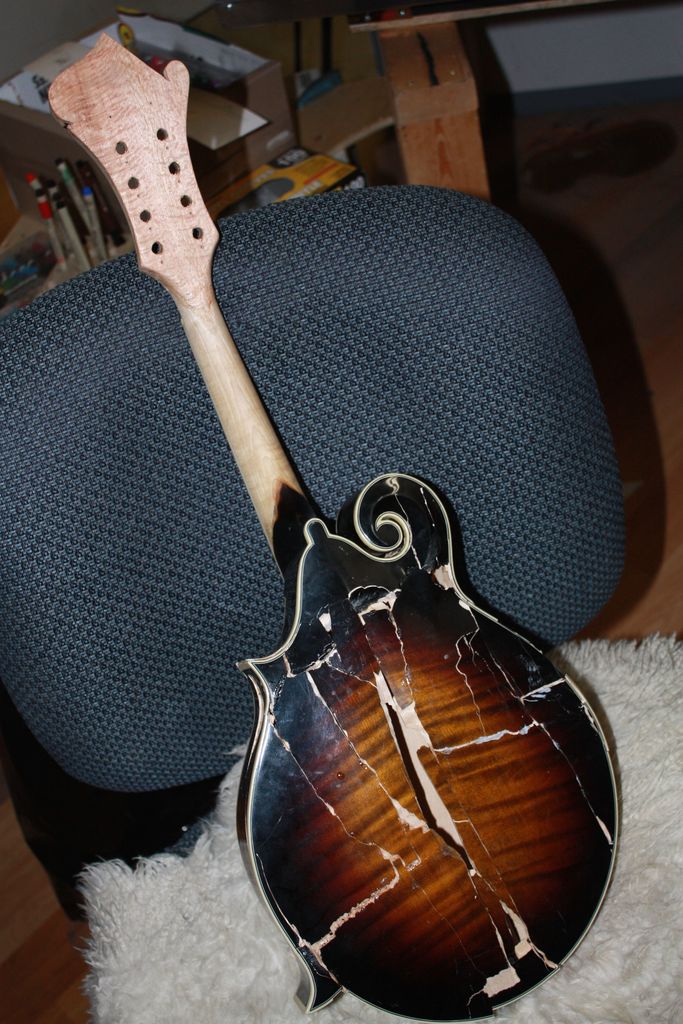 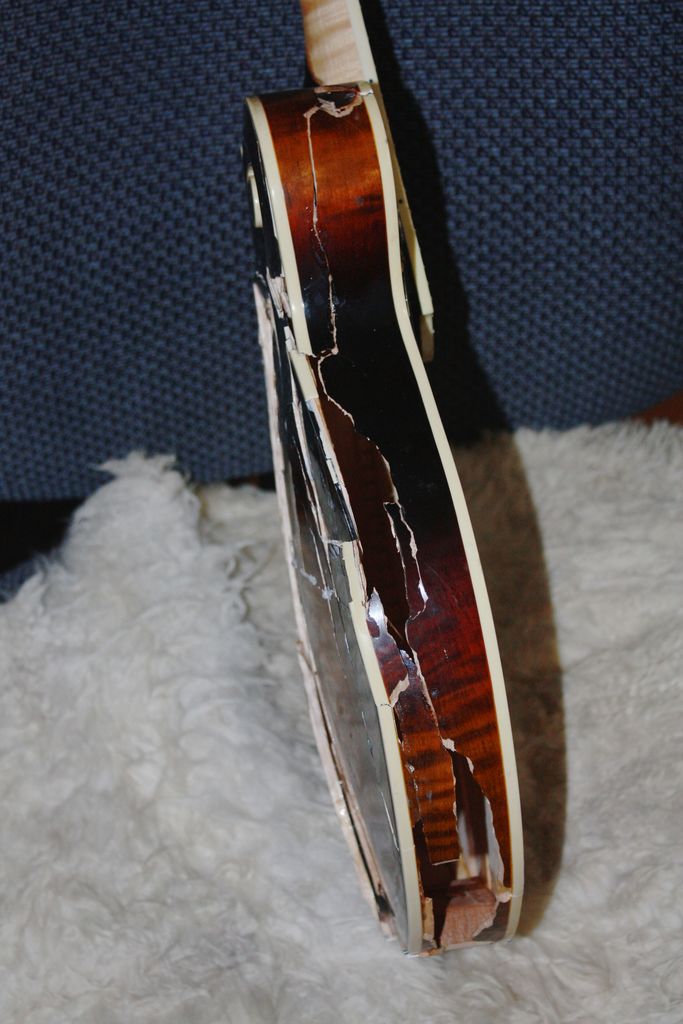 Just make sure to give your top coats plenty of time to sink back before you level and buff.

Glen there WAS a string of swear words too, and if you knew me at all, you would be shocked that I did that. I never swear.

I am pretty upset still that the backstrap repair did not at all work. It wasn't my first one either. It is ALL my gig though ,. and no one else's.

And in case anyone was wondering, it took three full tubes of CrazyGlue to put this wall hanger back into this shape.

I understand completely.  Put this one behind you and look forward to more cooperative repairs.

And, thanks for the pics, I enjoy them.

BTW,  DO hang that on your wall!

I don't know, Kerry. A little touch up, some new strings. Might go right back into service....

Happy to see and say that I am not the only one who gets this "repair angst"....pretty work, my man!!!

Burned a guitar at the stake once. Was good therapy at the time...

Permalink Reply by Andrew on May 24, 2015 at 5:54pm
I think Id have fired up my chainsaw. Probly wouldnt have stopped for strings beforehand either.