I have a 2004 Bourgeois OMS Maple/Adi that has a particular issue. It has a rise in the fretboard from about the 14th fret to the high end of the fretboard. The rise was causing the 1st and, to a lesser degree, the 2nd string to be choked-particularly above the 9th fret.

I took it to luthier Michael Lewis (Michael Lewis Instruments). He leveled the upper three frets and it helped, though the 1st and 2nd strings are still somewhat choked above the 9th fret. Michael does not have experience with the Bourgeois-type neck joint, so he doesn't know if there was some sort of adjustment that could lower the fretboard.

So...finally...to my question: Is there some sort of neck joint adjustment possible that might cure this problem w/o having to level the entire fretboard? I guess my hope is that this is a situation that you have seen with Bourgeois neck joints and has a relatively simple fix. I will pay for a FB level if I have to, but would rather not. 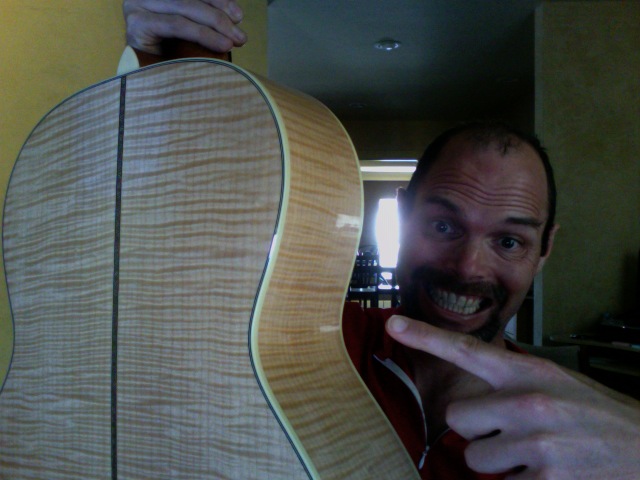 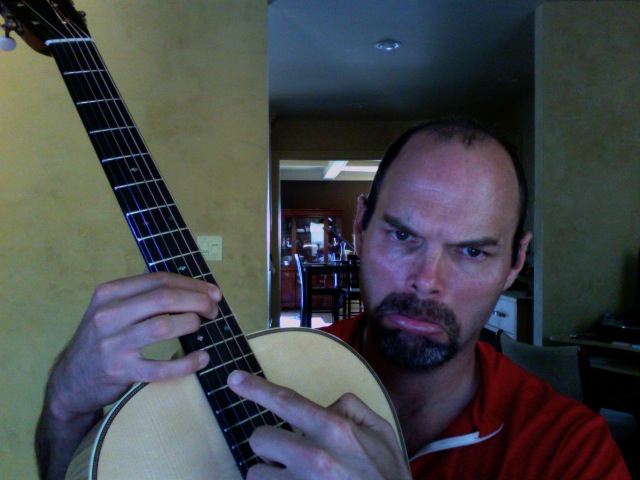 Permalink Reply by Ned Knepp on May 31, 2009 at 5:18pm
Hi Jim,
Go to the Pantheon Guitar web site and select the "Guitar Details" entry in the menu. There is a picture of the neck joint that was probably used on your guitar on that page. It looks a lot like the joint developed by Bob Taylor.

While you are there, I strongly recommend that you use the "contact" entry to question them about the problem. My Brother and I both own(ed) Bourgeois' for years now (in fact my brother owned 4 at one time) and have found them to be superior guitars but they are still subject to the same stresses that everyone else battles. I have never had a need to contact them but my brother contacted Dana Bourgeois about one of his guitar several years ago and found that Dana was very approachable and responsive, Besides, who would know more about their neck joint than the people that made it?

Permalink Reply by Ron Frazier on May 31, 2009 at 9:03pm
Read my answer to this discussion on this subject.. This is what all guitars need.
Dave Yelverton started the discussion "Are neck jigs necessary?".


To view this discussion, go to:
http://fretsnet.ning.com/forum/topics/are-neck-jigs-necessary

--
To stop being notified of new discussions, go to:
http://fretsnet.ning.com/profiles/profile

Permalink Reply by Jim Strange on June 3, 2009 at 8:54am
Update: Bourgeois has agreed to evaluate and repair the guitar! Woohoo! Their expertise is well worth the cost of shipping to Maine!

Thanks, everyone, for your help and suggestions.