is this a Tenor guitar ?

Hi Guys , I have what I think is a tenor guitar , looks pretty old , probably European as it was owned by an old Dutch guy . Scale is only 19 7/8" so is it a mango-cello ?Any other comments ? 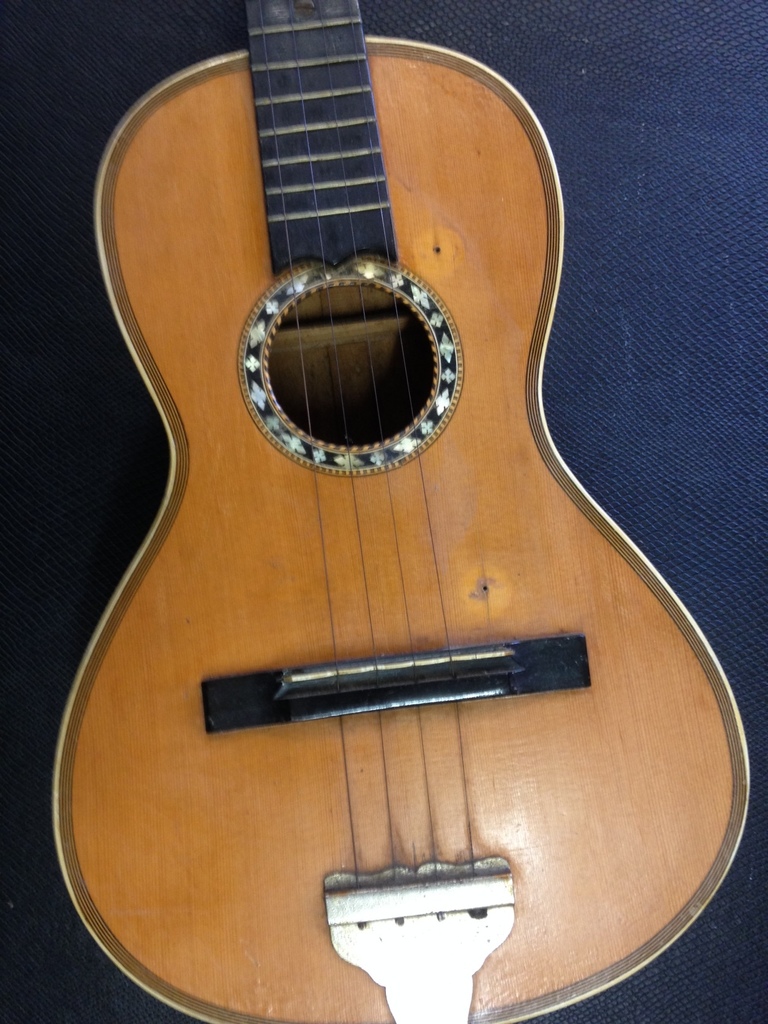 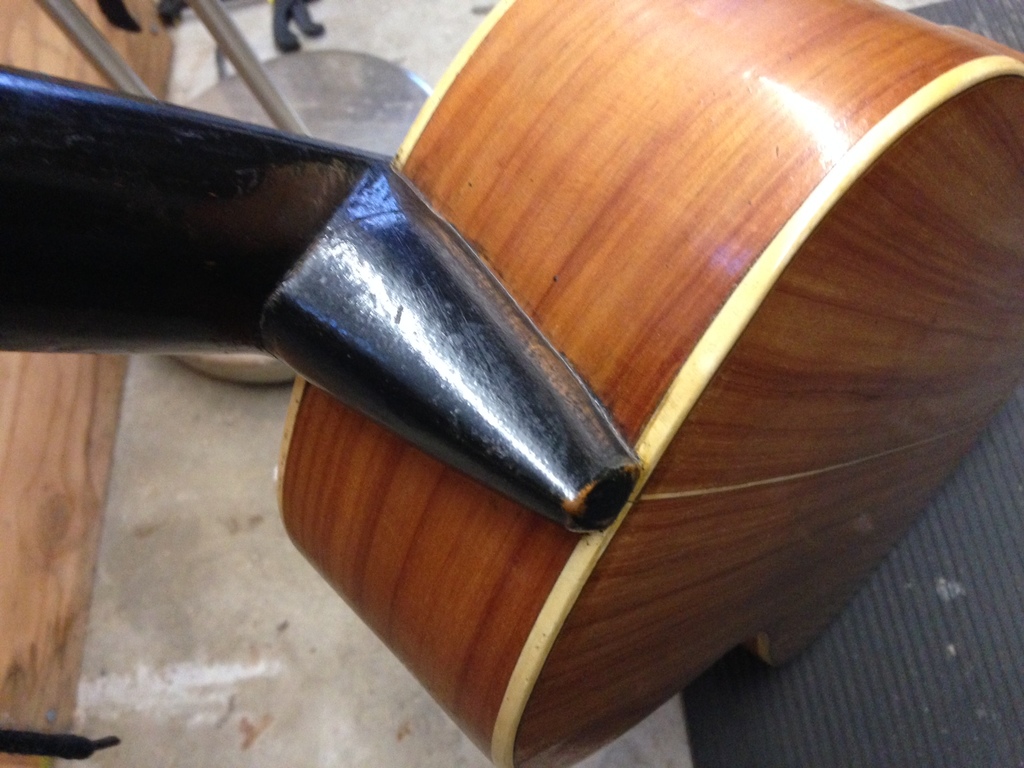 Mango celli are usually in the 25" range. This might be a mangola. The scale length might also work for baritone cuke.

But I think your shop is too crowded and you should start your cleaning by sending this thing to me forthwith...

Ha Ha , thanks Joshua . Its a bit of a mystery , the old guy called it a guitar . The heel shape makes it look old to me , but it may have been copied from an older instrument , I'm guessing the back n sides are cypress ?If anyone has a guess about age or pedigree I'd like to know your ideas , I have to fix it up and restring it .

My Tenor's scale length is just about 23 inches. I agree with Joshua that this is closer to a baritone Uke, mine is right around 20 inches ling.

There are a couple of problems with that though since it has steel strings and (I think) is too old to be a baritone Uke which I don't think came about until the '50s. I could be wrong about the age since european guitars, particularly steel string models, often baffle me.

Maybe the most important thing would be how it's been strung and tuned which I think would have more to do with what it is than the scale length.

I have a link saved somewhere for a site where a guy converted a baritone uke into a mandolin which falls in between a mandola and a standard mandolin in tone and pitch. He did it as as proof of concept using nylon strings in pairs. All it would take to return it to a baritone uke would be different strings and re-tuning. Scale length matters but how you use it is probably more important.

looking in my ref. book it looks like 1880s style neck block to me , what does the head stock look like and how is it constructed

Thanks Ron , The head is an unusual shape which mirrors the body shape , and has a scarfe joint running back to 2nd fret , the thickness tapers toward the end . The neck is all painted black and the whole body painted with a clear varnish by the previous owner.Also a metal brace has been added . that is an unusual head stock , not quite Bohmann circa 1896, or earlie gibson u-harp 1912. roset almost 1839 martin&bruno. and I've seen that repair before the old glues let go when the guitar falls over . looks like the tuners are not original not ornate enough and plastic buttons.  look closely at the binding, I bet it is ivory

Ron , I scraped the binding and it has that familiar minty smell , which I think is celluloid .

Well I guess I lost that one! but celluloid was first used in 1870s so still old. Have you checked the body size against the martin standards that is always fun to see if it matches inches verses metric dim. and a look inside for a signature/date