A good customer brought me his brand new D-18, in which he had a pickup installed by the shop that sold him the guitar. I was to dial-in the setup and came across this. 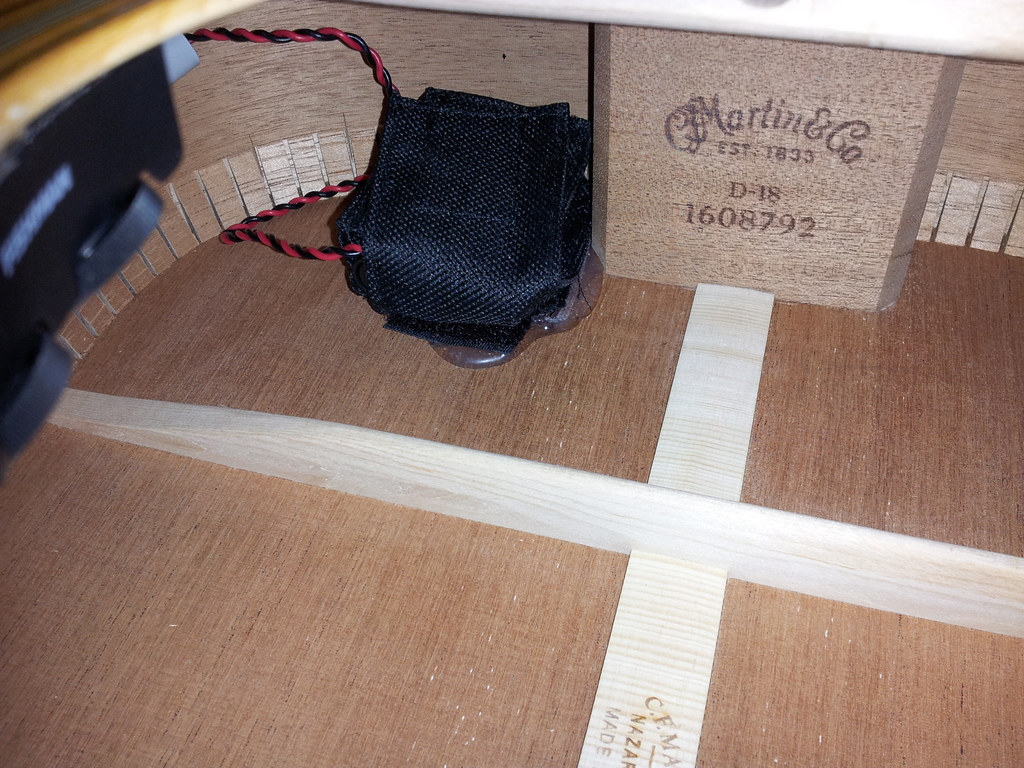 That's a healthy dollop of good ole' hot glue oozing out from under the velcro fabric. There was this too: 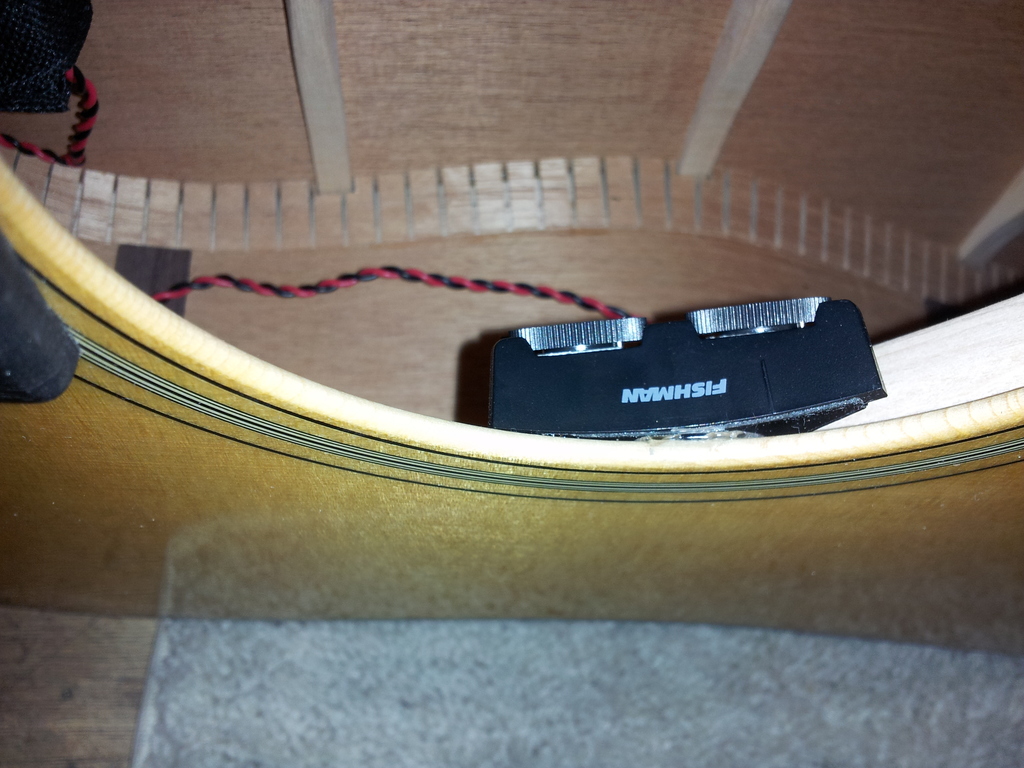 The installer used the control module designed for a Taylor, and when it didn't fit he broke out the hot glue gun and stuck it where you see it now. My customer was less than enthusiastic about this when he picked it up but was assured by the installer that one could simply give the velcro a good hard twist and the hot glue would simply pop off.

When asked my opinion, I expressed skepticism but, hey, I'm willing to learn. My customer wanted the glue removed and was reluctant to return to the shop which installed the pickup. I agreed to give it a go.

I thought if I cooled the back of the guitar the hot glue might, with some gentle persuasion, pop off, so I slowly chilled it with my handy chiropractor gel packs I keep on hand in the fridge. After about 20 minutes of cooling I tried manipulating the glue in various ways. Not only did it not pop off, it seemed to thrive on the cold and adhere even more tenaciously. I decided that heat was the answer.

After a while I warmed the back with a heat lamp very slowly, checking inside and out constantly so as not to cook anything that didn't need cooking. I started by pulling the corner of the velcro very slowly, gripping it with my favorite duckbill pliers. The glue barely budged and held the velcro tightly. I applied more heat, and after a few minutes pulled again. The glue started to lift, but very slowly. It took about five minutes of steady tugging before I got the majority of the glue off the back along with the velcro. It was another ten minutes going after the residue with naphtha. The glue took little strips of mahogany with it, about .005-.010" thick. I sanded the back so as to hide the evidence and got it looking like the rest of the inside. You can't tell anything was ever stuck there. As for the volume module, it came away with only a little pulling, but curiously, it took a lot of swabbing with naphtha to clean up the underside of the top. I swapped out the Taylor mount for the Martin mount and installed it properly. I had some extra adhesive-backed velcro on hand and installed the battery properly. I didn't think to snap any pics but it now looks like it should.

I wouldn't recommend this methodology, particularly when the procedure developed by the folks at Fishman works just fine.

Permalink Reply by Mark Pollock on February 16, 2013 at 9:26pm
Oh come on, everybody knows that hot glue is the secret to getting that special tone!

"I improved my guitar tone with this one weird trick. Luthiers don't want you to know this!"

I sure hope your customer didn't end up having to pay the "Hot Gluer"... it's shoddy work like this that gives customers a skeptical feel about our industry.

( And they wonder why they have to pay more, to clean up after their FUBARs)