I have tried this as a fretboard- and bridge oil on raw wood and it's very good indeed. This is not an oil or a wax, but similar to nose grease/oil. The grease removed from the surface of the human nose. When scanning diapositive slides, one trick was to use this nose grease to get rid of scratches in the scanned picture. Now it's used as a base in many cosmetics as a moisturizer used for protecting, moisturizing, and lubricating the skin. Squalane gives the wood a deep color and a nice slick and non-sticky surface.

I have found another use. When I refret I use Stewmac 20 superglue in the fret cut. It will always be a bit of a squeeze-out and that can be a problem. Before I used Johnsons wax to protect the wood, but Squalane is better. The wax will activate the squeeze-out and become hard and white on top of the wood. That can be a bit hard to clean up. With Squalane the excess glue will not be activated but it will rest on top of the Squalane film long enough to be wiped out with a paper towel. Leaving almost no trace. 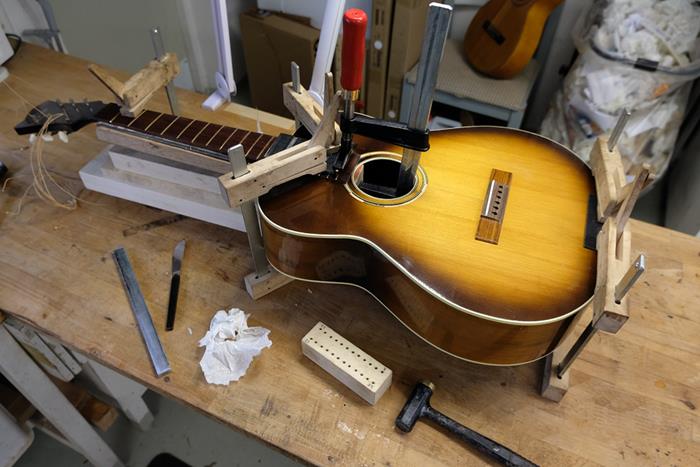 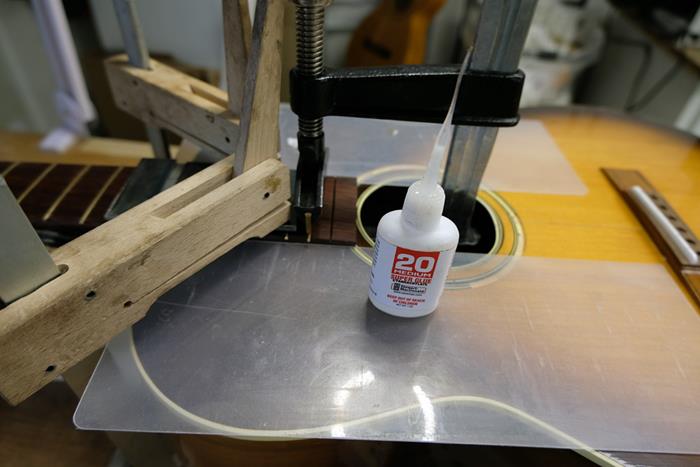 Glue in the fret cut. 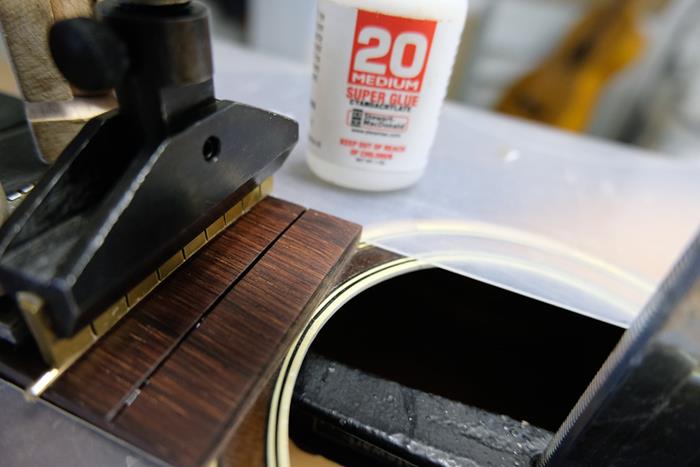 Some squeeze-out on the far side of the fret. 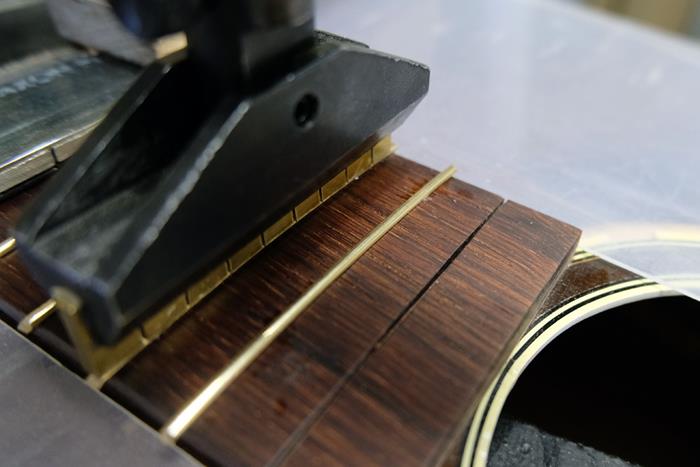 I quickly wipe away the glue with a paper towel. 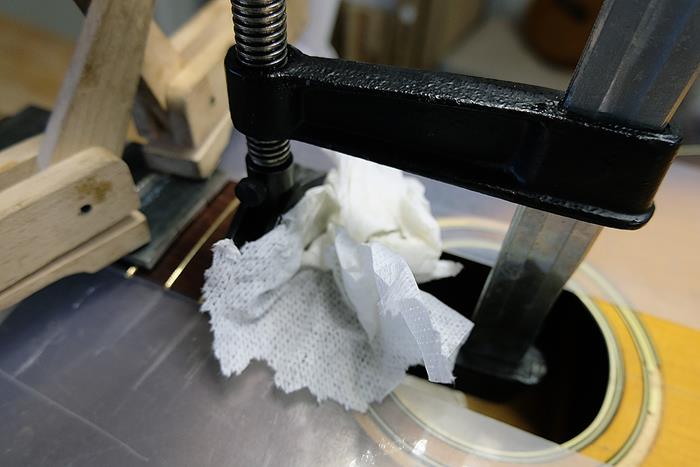 Almost no trace of the glue. 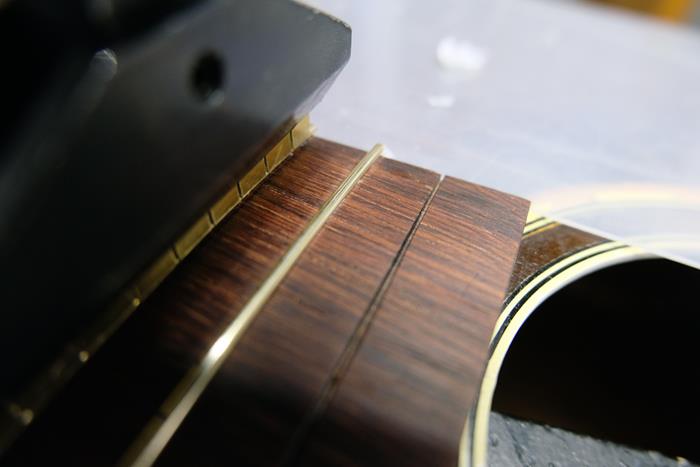