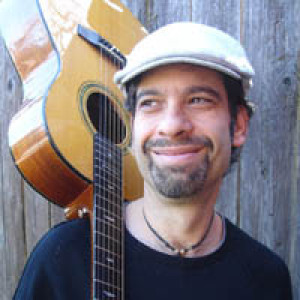 Singer/songwriter/multi-instrumentalist Dave Nachmanoff saw Al Stewart live for the first time at Royal Albert Hall in London in 1985 and in 2006 came back and performed with him. At the age of ten he played with Libba Cotton (“Freight Train”). He’s led songwriting workshops for German school children, synagogue groups, a Native American tribe, stroke survivors, and for the Silcocks, a family with 44 adopted boys. In addition, he’s a heckofa songwriter in styles ranging from folk to pop who’s sold over 15,000 recordings. He’s a father of two and writes custom songs for weddings and other special occasions. As a side player (guitar, piano, bass, accordion and more) he’s worked with Stewart on a regular basis, as well as many others at venues as far ranging as The Bottom Line and the Edmonton Folk Festival. Oh, and he’s got a doctorate in Philosophy. That he earned in his spare time.

Dave grew up in the 60’and 70’s surrounded by the active folk scene of northern Virginia and Washington DC and inspired by Pete Seeger, country rock, early revival folk like the Kingston Trio and later on, 80’s new wave. Toss in a bit of celtic folk-rock a la Fairport Convention and it’s clear how he got his rich melodic sound. His latest effort, “Time Before the Fall” offers a diverse palate of genres, from the traditional English ballad style “Midnight Sea” to the folk-pop of “Lucky.” There are just enough hooky guitar licks on these songs to make you smile but not so much that they distract from the wonderful stories and out of the ordinary characters. There’s the guy who brightens a city corner with flowers in the upbeat “George’s Corner” and a man who remorsefully reports his brother’s activities to the authorities in “Judas Kiss.” He’s got eight albums in all, including his first, Candy Shower, released in 1997. Plans are in the works for a new release in the next year.

With a personable style that’s adaptable to a variety of stages, he looks larger than life although he’s a vertically challenged five foot two (and no, he doesn’t have blue eyes). He’s that neighbor who always has a friendly wave but doesn’t keep you from dinner. You’ll probably forget about that meal anyway when he starts to tell his stories and sing his well-crafted tunes in a voice like an older Rob Thomas (Matchbox 20) but a guitar style that’s more Mark Knopfler or Richard Thompson. And just as versatile too.

If you’re looking for a unique gift or a way to celebrate your wedding or other important event, ask Dave about writing you a custom song. It’ll be much more appreciated than another blender and it’ll be remembered for years. Just send him a few details and he’ll take it from there, writing the entire song, recording it and sending you the CD. Or, if you’d rather take a more active role, you can write and/or record the song with Dave.

Just Plain Folks honored him with the 2001 Songwriter of the Year award. For five consecutive years he was the Susan Lucci of the South Florida Folk Festival, earning a place as a finalist before winning Best Overall in 2002. SingOut! has praised his “… heartfelt, inspired songwriting … with a delivery both biting and assured.”

He’s busy but he’s always got time for a fun gig and a good story. If you’re an artist who needs a side player, he’s your guy. Heck, he could be your entire band. Whether you’re a concert junkie, participating in one of his songwriting classes or listening to your custom song, you’ll walk away from your Dave Nachmanoff experience wondering why he hasn’t yet learned to play anything with his feet. Why not? He’s done everything else.

Over the next week, we'll be turning around pre-orders (at www.davenach.com, concerts, and mail order) for 'Uncorked', which should be available at other retailers in a few weeks. A few have already received their copy.

Haven't ordered yet? Go to www.davenach.com.


Well, I can finally share the good news! Al Stewart will be releasing, "Uncorked - Al Stewart Live with Dave Nachmanoff"! If you have ever wanted to have a live album of "Al and Dave" - an official, live release - then this is your opportunity. This CD is no bootleg or "Board Tape". Over 70 hours of work went into mixing and editing the tracks, and many more…
Continue