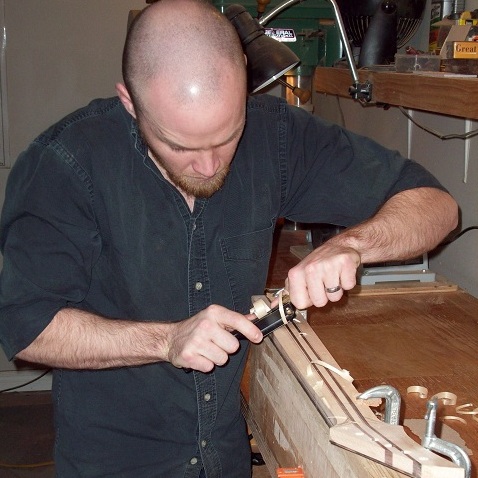 i am an independent guitar builder, former fulltime repairer (2007 to 2018); STGuitarworks.

I worked at the guitar repair department for the Godin Guitar Company from 2004 to 2006 .

In 2003 I attended the Summit School of Guitar Building and Repair's Masters Course on Vancouver Isl., BC.

R.J. Fulton said…
How are things going? What are you up to these days?

R.J. Fulton said…
Hey man good for you. I'm glad you're sticking with it. Most don't. At least those coming out of our alma mater.
I moved back to the states and now have my own school. Working for Summit just wasn't working for me anymore. They don't like me very much now. It's too bad, and I wish it wasn't that way. Their choice.
Anyhow checkout my website if you feel so inclined. www.mountainviewluthierschool.com
Take care.
Arj

R.J. Fulton said…
Trust me I understand huge financial obligations.
Thanks for the link I'm working with my website designer to get a links deal set up there. She's a little slow right now she just had a kid so I try not to crack the whip on her too much. People don't like it when you beat single moms. I don't know what it is about that?
Anyhow I'll work on it as well as the neverending list of things to do when a business owns you. Wouldn't have it any other way though.
Really we were 8th on google? I'm never able to find us with guitar related search key words. I've really worked and rearraged our meta tags many times.
Take care, happy holidays, and new year,
Arj

For the Montreal Guitar SHow, I'll try to remember it... don't hesitate to send me an email at the end of the year, when registring happen!