I know we try to keep this place acoustic, but thought you might be interested in this.

Had a Telecaster in the shop for a simple pickup swap. Took the screws out the bridge and tried to take it off the guitar. It wouldn't budge. Hmmm. I guess at the factory, they put on the hardware while the finish was wet? But no, it really wouldn't move. I got in touch with the customer. Oh, no, he'd already had the pickups swapped out, so the bridge has definitely been off before. It seems whoever did the last pickup replacement had glued the bridge onto the guitar. Tried heating. Nothing. In end I masked the area up, and shocked the bridge off with a hammer...

I had this Strat, where the customer tried some "soldering" himself..... 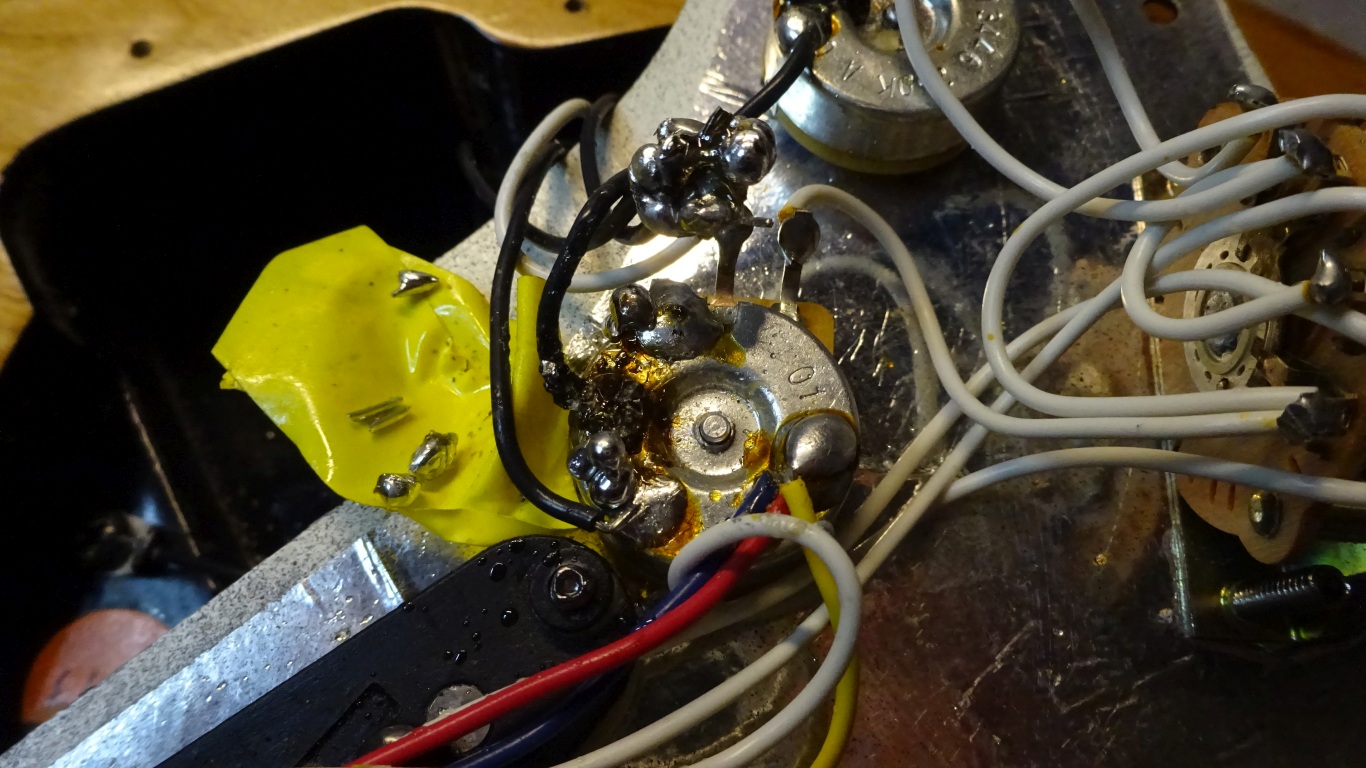 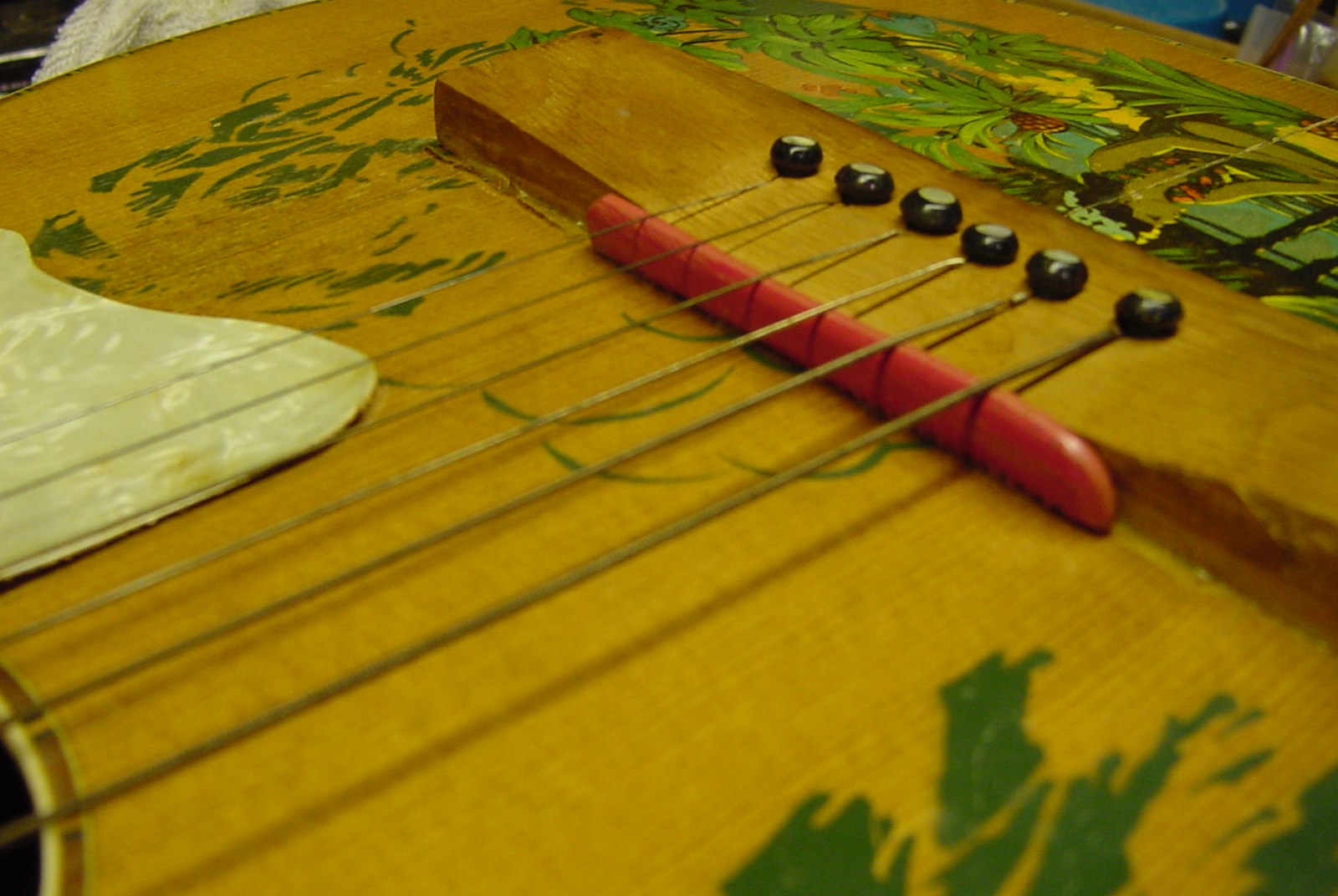 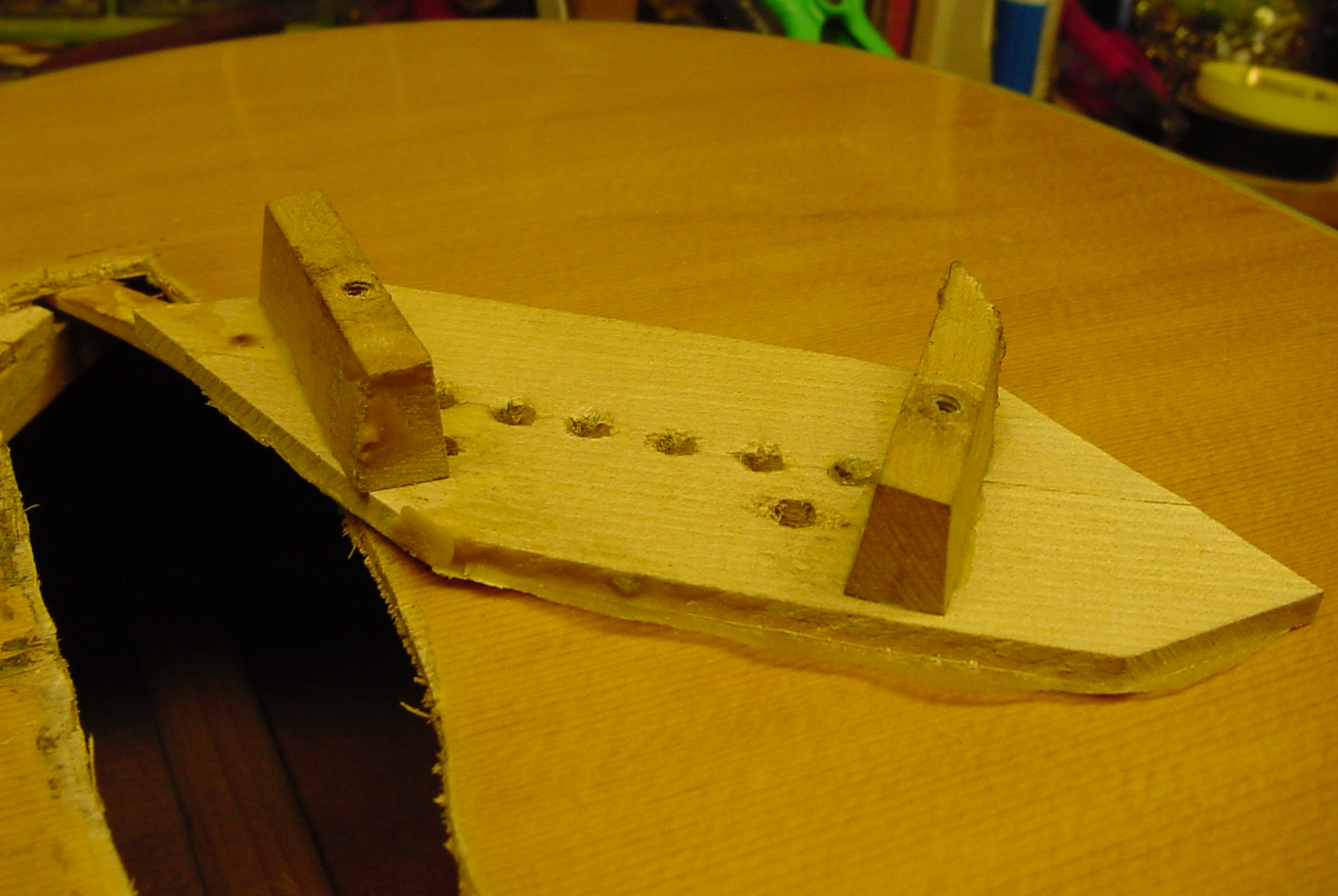 Had a friend bring me his grandfathers (?) old Supertone to replace the bridge among other things.  At some point the original was replaced with a home made one with a nylon comb spine as the saddle.

Also found inside an old Japanese made Epiphone a modified bridge plate.  Glued on support beams, bolted through the added support beams.

what ....Glue alot for one...soldering way to hot... prob ccold spots now..wow some work see ya my friend unbelievable leave to us to fix there cobbled up shit.....assholes

what ....Glue alot for one...soldering way to hot... prob ccold spots now..wow some work see ya my friend unbelievable leave to us to fix there cobbled up shit.....assholes well thats tough soldering on the back pots for inexperienced people 48 years here ,,,but china maybe pot metal u dont know lol see ya JB

I've got two stories I can think of off the top of my head. The first is an Ibanez archtop that was on my bench years ago. I had to pull the pickups for some reason or another, and on the bottom of the base plates, I saw some wax (common), but it was red (not so common). I gave it a sniff, and sure enough, it was wild cherry scented Yankee candle wax.

This one is from a few weeks ago. I had a Tele on my bench that the customer had recently purchased off of Craigslist from another person who also happens to be a customer of mine. This guy who sold the instrument tends to do a lot of inadvisable diy work on his own instruments. What's worse, is he had told the buyer that I had personally gone through the instrument and had given it the ok. This was a lie, and there was a lot wrong with this guitar. The new owner wanted me to do a setup, and I was noodling around a bit on it to evaluate what kind of shape it was in. I did a whole step bend on the G string, but the note dropped a half step in pitch instead. I tuned it back up to pitch, bent the string again, and this time it dropped a whole step. Hmm. Wraps around the tuner post looked fine. Maybe the ball end wraps were unravelling? I flipped it over to check, and saw that instead of through-body ferrules, this guy had stuck press-in tuner bushings into the through-body holes. The G and high E string ball ends had pulled all the way through the body, and were snug against the bottom of the bridge. The other four had to be dug out with a dental pick.