Saf-T-Planer vs luthier's friend vs ???

I noticed stew mac has their drill press planer on sale, and I am sorely lacking on a power thicknesser for small parts, so Im trying to weigh my options. I would really like a dedicated unit like the sander with the adjustable platen that Mr Ford made.. buuut Im no machinist. So Im looking for opinions on a safety planer setup vs a luthiers friend type of setup vs whatever I havent thought of yet. Maybe a modification to an existing belt sander or other tool thats not too complicated. I have a spare benchtop belt/disc sander and a spare benchtop drill press that are waiting for a purpose to justify the space they consume. Or perhaps a small table with risers and a gantry for a small router?

..someone point me in the right direction so I dont chew up a finger :P.

I have the SafeTPlaner, and feel its marginal at best, though others have used it with more success. I use it for building necks and sometimes thicknessing headstocks etc. Never on small parts though...

I have a Oscillating Spindle sander (from Harbor Freight or Menards or somewhere). I added an adjustable fence on it for thickness sanding and have done everything from making Fender Style headstock slopes to thickness sanding sides for acoustic guitar building. Its really quite good and can handle up to about 5" wide. No machinist skills required. Just two pieces of wood and two screws (one for the pivot and one for the depth). I taped the holes in my sander top so the screws do not require nuts etc. It also makes it easy on and off..

I have an o.s.s. too, but Im concerned about runout since one end of the drum is free and mine isnt all that substantial (its a Ridgid). How does the oscillation affect the performance/result for you? Id like to be able to do a piece up to 4 - 6" wide within an accuracy of no more than ten thou ideally, but 5 or less would be excellent.

Andrew. I have owned three OSS and I added fences on all of them to do what we are talking about. I have moved in and out of the states last few years which caused me to sell my machines and purchase them at new locations etc. Otherwise I would still have the same first unit. None were high end machines.

I did not have issues with spindle runout as they are pretty darn stiff shafts to allow for pushing on them from the side. I was able to do acoustic guitar sides with no issues, except a ton of dust…LOL. I flip and turn the wood each time I send it through the sander so its not going in the same path as the last pass. As I approach the final size, I leave the depth the same and send the board through several ways without any additional adjustments. It the spindle was out by a few thousands, by sending it through this way allows the shallowest depths to be taken on both sides/edge of the board.

The biggest issue with the OSS for this type of work is the sanding pattern it leaves on the wood surface. When you first go for thicknessing, you can use a heavy grit paper. But it leaves swirls in the wood. So you need to work down to a finer grit near the end. So you may want 80, 120 and 150 sleeves for your sander. I always use the largest size drum too.

I'll have to stick a fence on mine and see what it can do in that case. And maybe an extra dust hood lol.

I have a Jet spindle sander and have used it reasonably successfully for thickness-ing small parts by adding an adjustable fence. One of the problems with it though is it seems to sand differently on the down stroke than the up-stoke as it oscillates and I end up with a rippled surface. It's OK if I leave things a bit thick and finish up with hand sanding but that also makes any degree of accuracy more difficult. I'm more likely to use a router to thickness small parts and feel like I have better control with it than a spindle sander.

I went through some pictures of past work and found an example. I needed to make a finger board extension shim out of Ebony as part of a neck re-set job, hopefully the images will do most of the explaining. The Ebony used is from an ordered head stock overlay, so I didn't need to re-saw a starter piece from a larger board, that's already half of the battle. I keep a few finger boards and overlay blanks on hand for this purpose. The blocking in the images is plastic laminated board scrap from a cabinet shop. The laminated scrap holds really well with double stick tape and the parts are stuck down to a laminate table. The neck extension shim blank is double stick taped to a bit of 1/4" scrap that is hinged with double stick tape from below and another stuck on top for extra insurance. The shim blank is set flush to the end of the hinged scrap and then I shove tapered shims under it to raise that end to the thickest shim dimension needed. I use a 6" machinist's rule for the measurements. Blocking, that is taller than the center, is double stick taped tight to the 1/4", shimmed ramp. The router has a large, clear plex base added to it that will span all of the business in the middle. The Ebony is then planed, in several passes until the elevated end is shaved off to nothing. The fragile shim is removed by allowing it to be soaked with Naphtha, which releases it very quickly from the tape. I routinely use the router to thickness nuts and saddles as well, also using double stick tape to hold things. 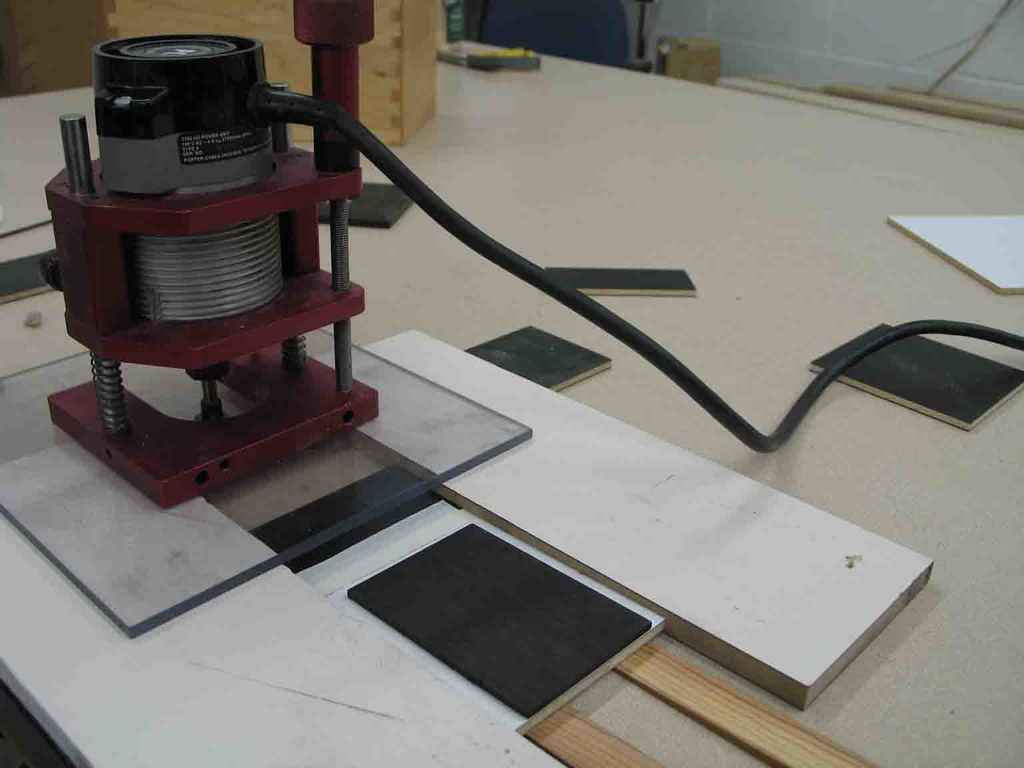 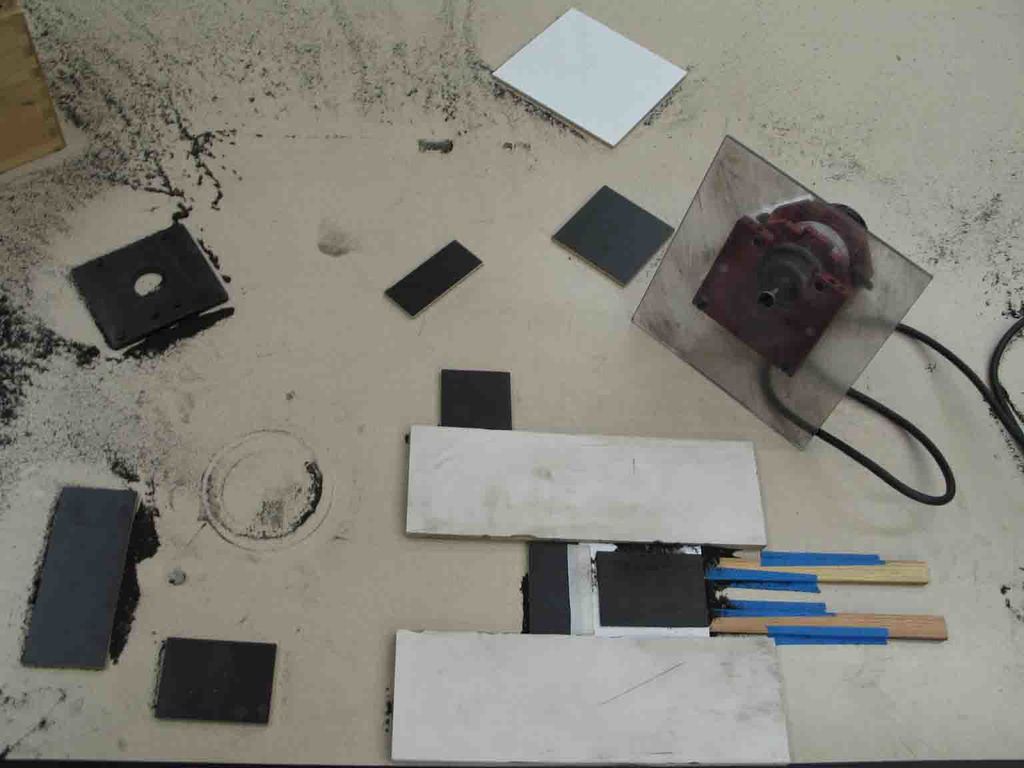 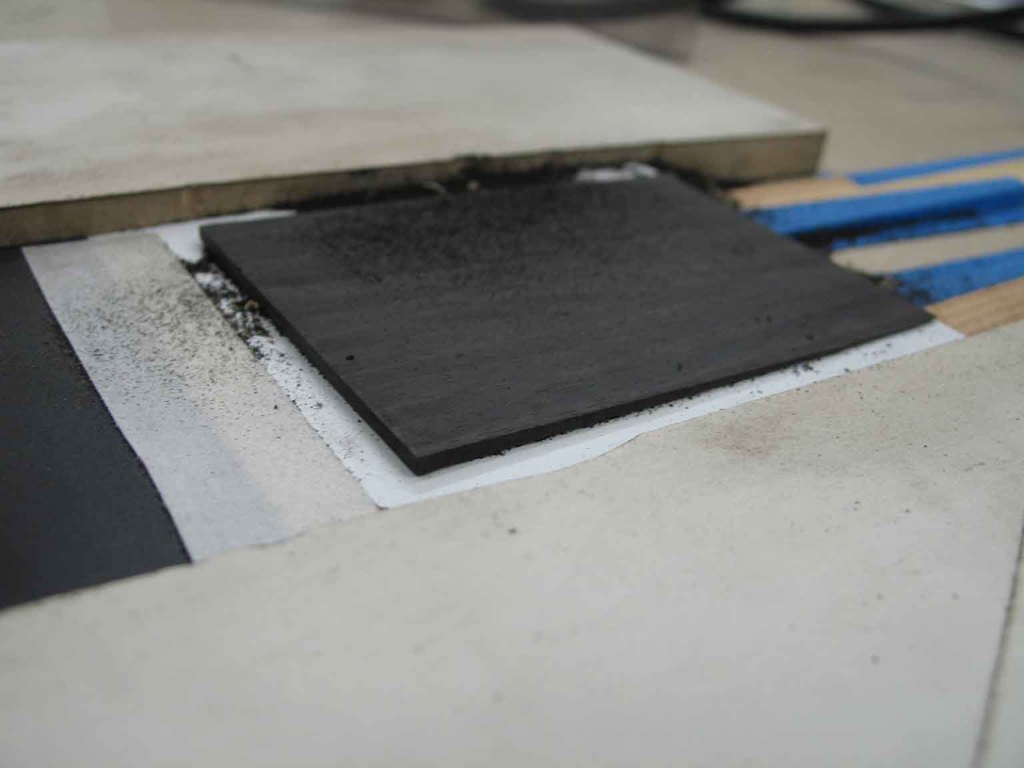 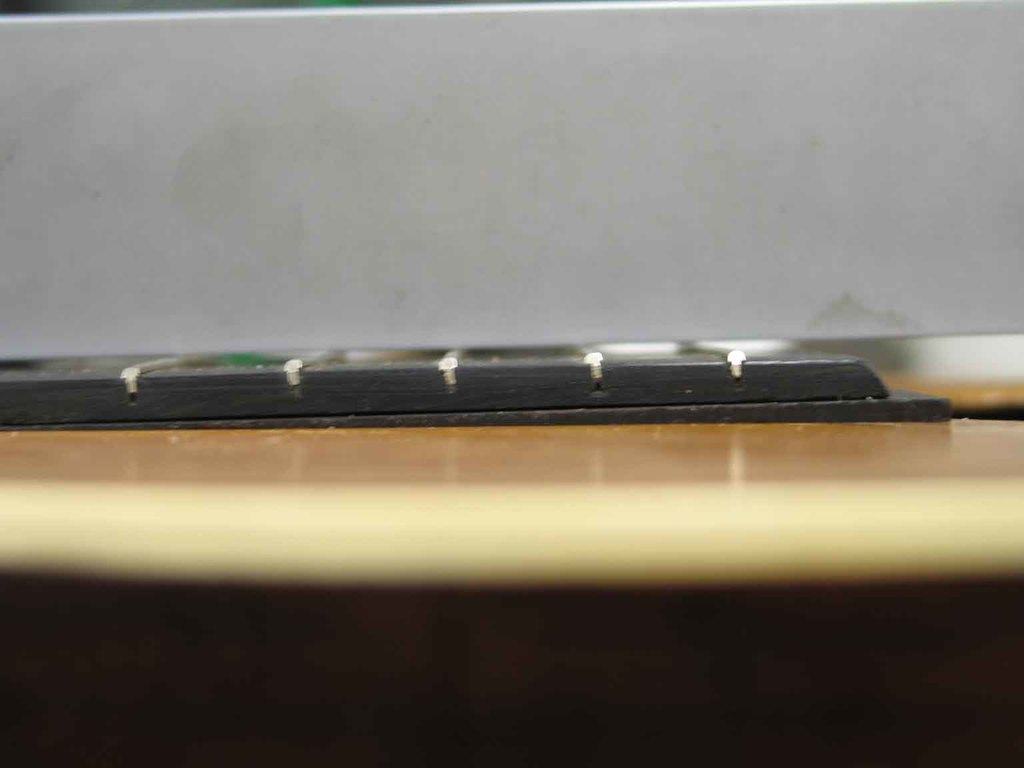 The wonderful Bishop Cochran router base may be a key element for this to work well. I can make very small adjustments with it. http://www.bishopcochran.com/

An abrasive planer would be rather handy for thickness-ing too and is high up on the want list.

Nice. What kind of bit do you use?

A 1/2" cut, two blade carbide bit similar to the image. Well, Im really not too worried about thicknessing very small parts like nuts and saddles, I already have a method for that thats effective enough for now. But in any case, I would agree that a router has too much torque to hold a piece that small with tape alone. That operation would make me nervous. I mainly need something that can work on bridge sized pieces up to say stock that would be large enough for a good sized pickguard. In December I made a rosewood/maple/rosewood pickguard for a tele that was not much thicker than a plastic pg, and the only safe/accurate way I had to get the wood laminations that thin was my trusty jack plane and a big block of wood that I use as a flat support/planing stop, one piece at a time. It turned out great but planing wood that thin accurately becomes quite a trial if the grain is variable. I would think workpieces that size present enough surface area for the tape/router thing though. But Id have to try some test runs before Id out the time into making a proper/permanent/adjustable setup - my mind is not set.