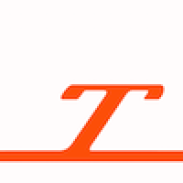 Luthiers & Guitar Techs,back in 2011 I introduced to market the down tension bar to retrofit Bigsby B3's and B6's (with 'ex-short' hinge plate) to guitars with stop tailpieces. Since then in 2013…Continue

I've invented a way to NOT DRILL HOLES in your guitar body when installing a BIGSBY B3, B30 or B60 vibrato bar. It's a very simple and inexpensive idea... Please visit and share this info with your…Continue

Started this discussion. Last reply by Pierre-Antoine Roiron May 22, 2011.

I found this site and thought it would be a good opportunity to share my device with you all. I have invented a kit that alleviated myself from drilling holes in the deck of my Gibson ES-335 dot…Continue

The Towner down tension bar is a SCREW-LESS system that mounts in place of the stop tailpiece on the existing studs and provide a longer button screw ONLY with Towner Hinge-Plate Adaptor.

The Towner down tension bar provides V.S.T. [Variable String Tension] controlling the break angle between the bridge and vibrato tailpiece with the adjustment of each stud to the desired height.

Towner Vibrato Guitar Parts alleviate the guitar owner from drilling holes in the body of the guitar, when installing aBigsby B3, Bigsby B6, Bigsby B7 (*Towner HPA Only), Bigsby B11, Bigsby B30 or Bigsby B60 vibrato tailpiece.