I received this project from a friend. It was a pre 1867 Martin 2-17 that was converted to steel string ,  and the issues were many

3 a pile of bridge plates

It was complete and the guitar had potential to be returned to playable condition. The back and side are Brazilian rosewood and no issues.  The dentils inside were in tact ( today they use kerfed lining ) The neck was solid and not missing any frets. A slight crack in the ebony on the fretboard but that is not uncommon on a guitar of this age.

After my initial assessment I knew the plates would come out easier with the bridge removed and since it was loose that was my first dive. I found that the top did have some damage under the bridge .  Once that was off I took a sponge and soaked it  and allowed that to saturate the plate pile over night.  I came in the next morning and applied some heat and using palet knives and my favorite tool a icing knives set  from pampered chef.  It took a good bit if time and finesse but after about 2 hrs I had all the fire wood off the top. 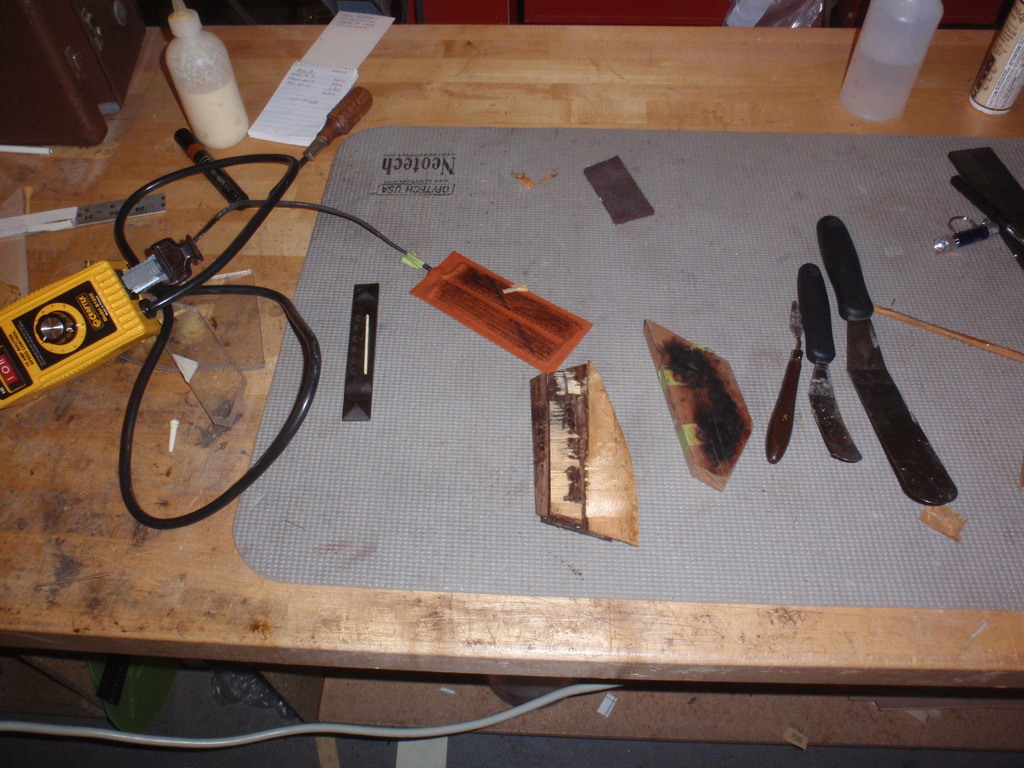 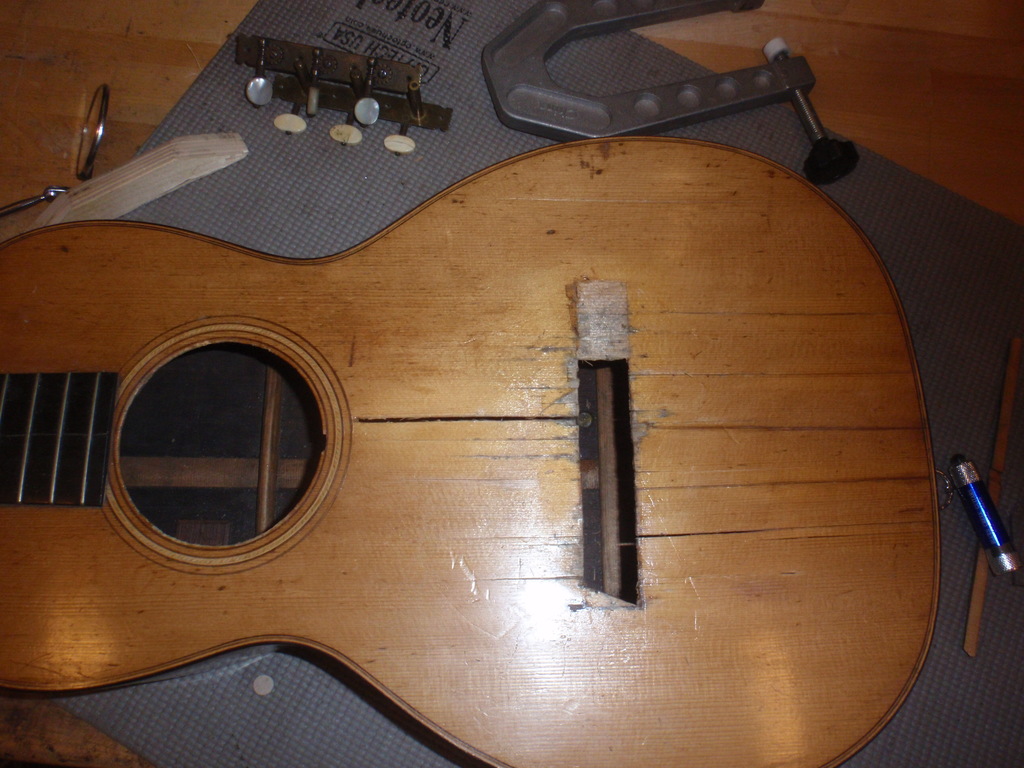 Here is what came out.  None of this is original to the top. 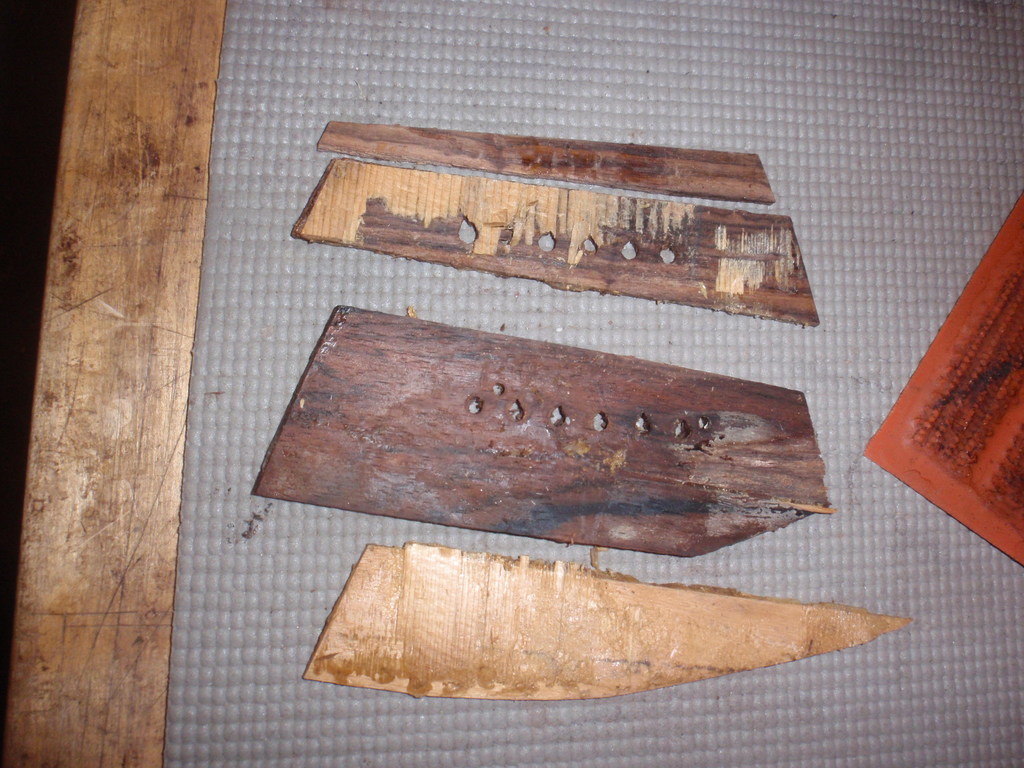 So with this out , the heat ans steam did me a favor and opened some of the poorly repaired cracks.  I was contacted by Kathy Wingert and I also called Frank himself on this repair . I was lucky that the top had a filler piece in it and this would allow me to place a full top patch between the fan braces. I also found that the middle one was totally missing. So I had to make a template of this area and did so using paper and magnets to get points of registration for this. You can see in this photo I used small magnets to give me points on  contact of the fan braces. Having paper under that I could use a straight edge and make my marks . 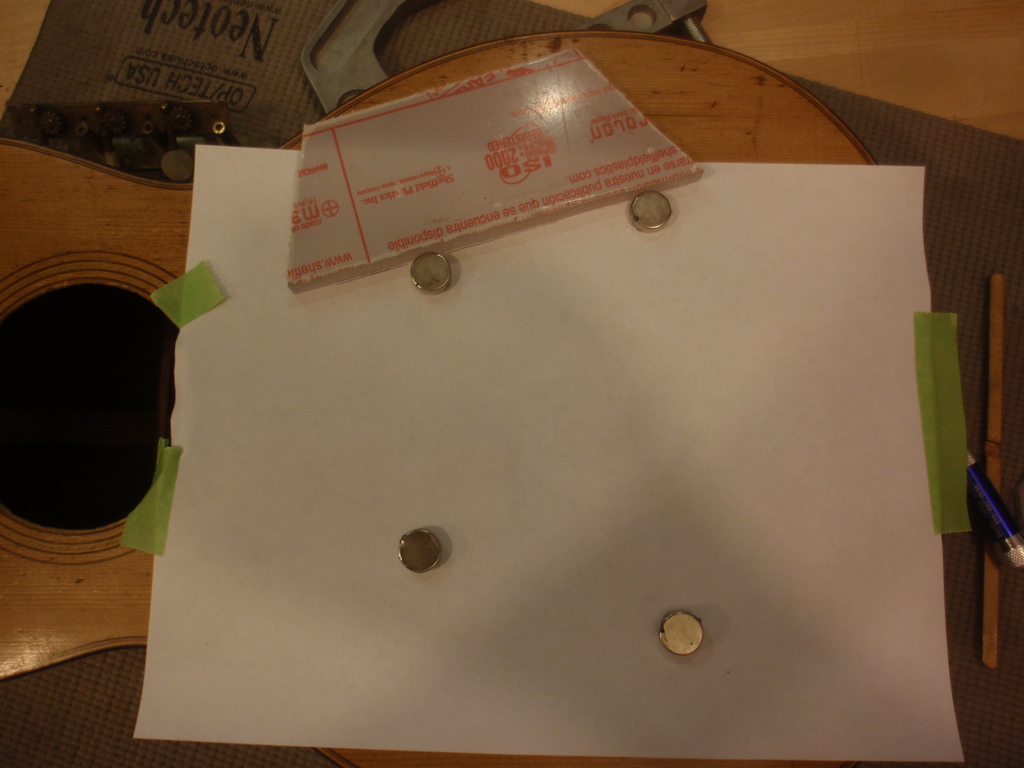 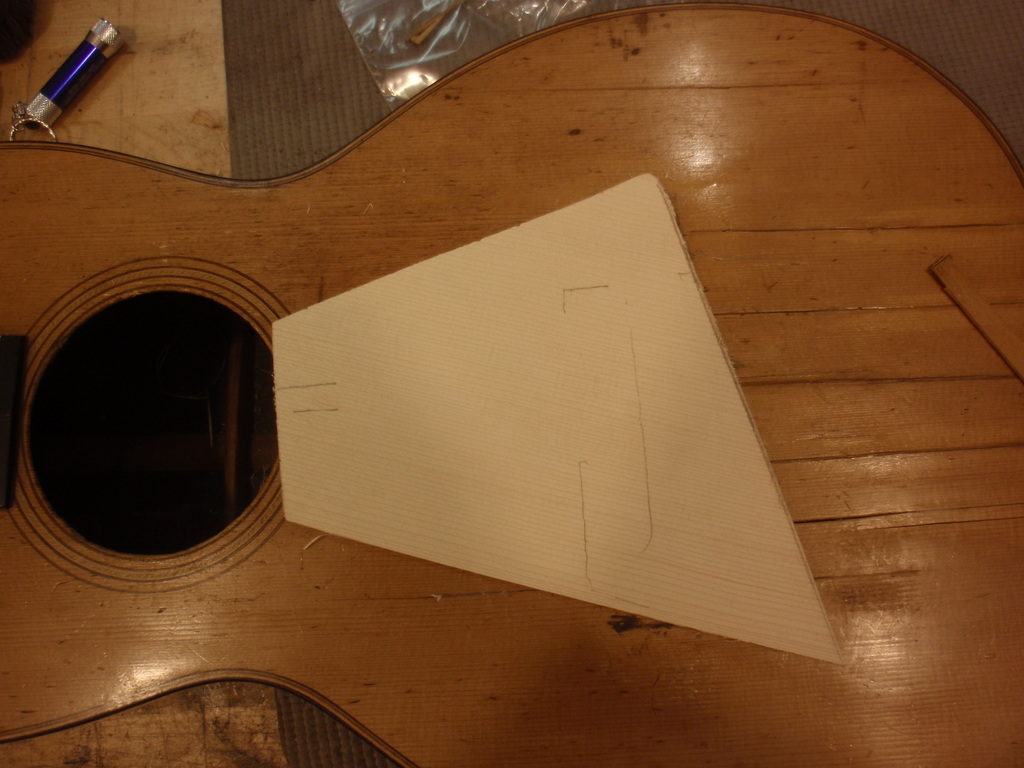 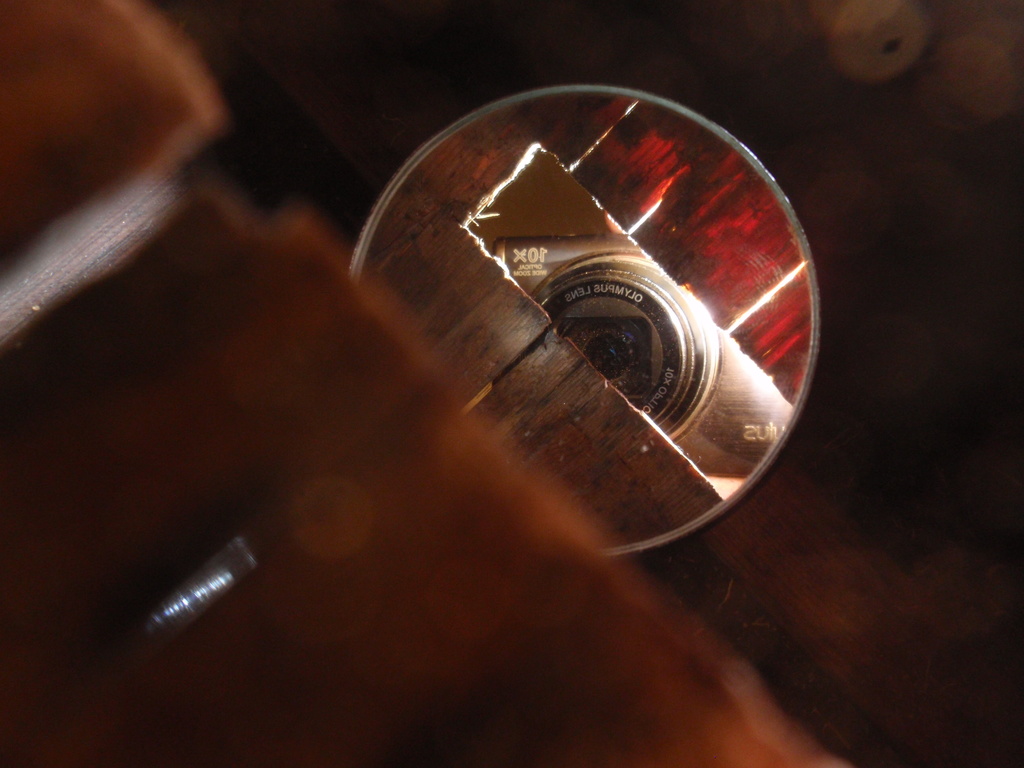 The top was in better shape than I thought it would be  but it did feel very spongy. With the filler made I set that into the guitar in one piece using the slot from the filler that came out. The filler was made .0325 in thick as I didn't want to add too much to the top. As I addressed the cracks one at a time the top started to become more structurally sound.  I used all sort of things for clamping  my favorite are the rare earth magnets. 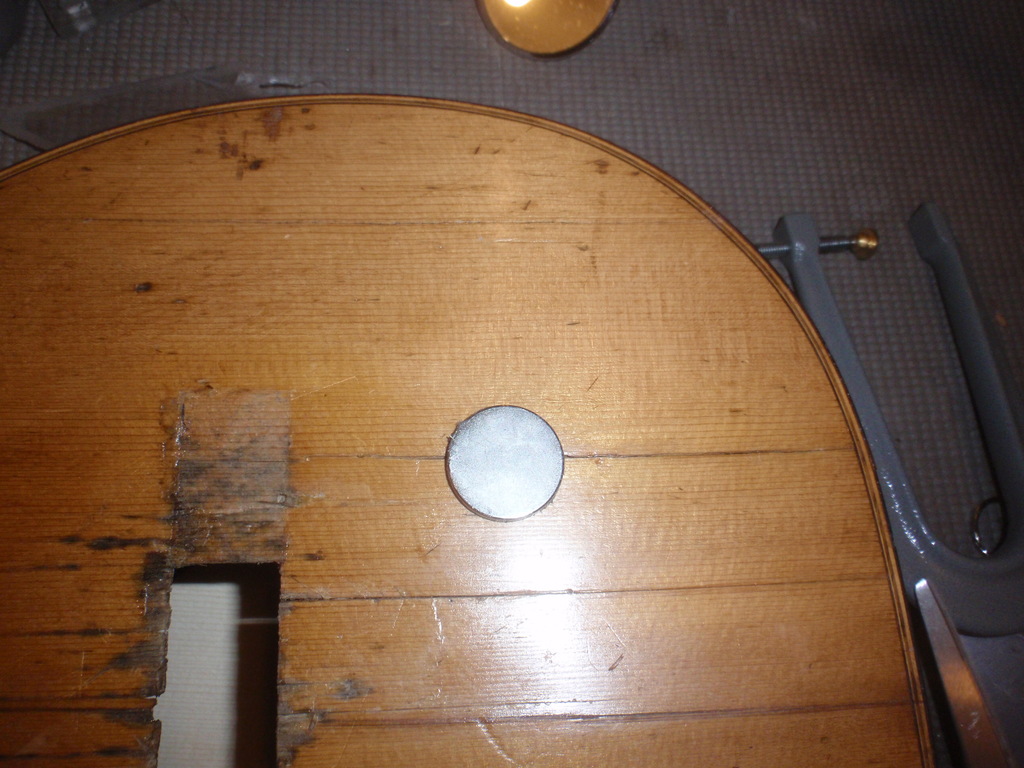 As the top came together I had a few open cracks and thinned out a piece of an old top , used a razor blade and  cut fillers for the cracks that wouldn't close .  I used clamps and plastic cauls to help flatten the top as the cracks were repaired. 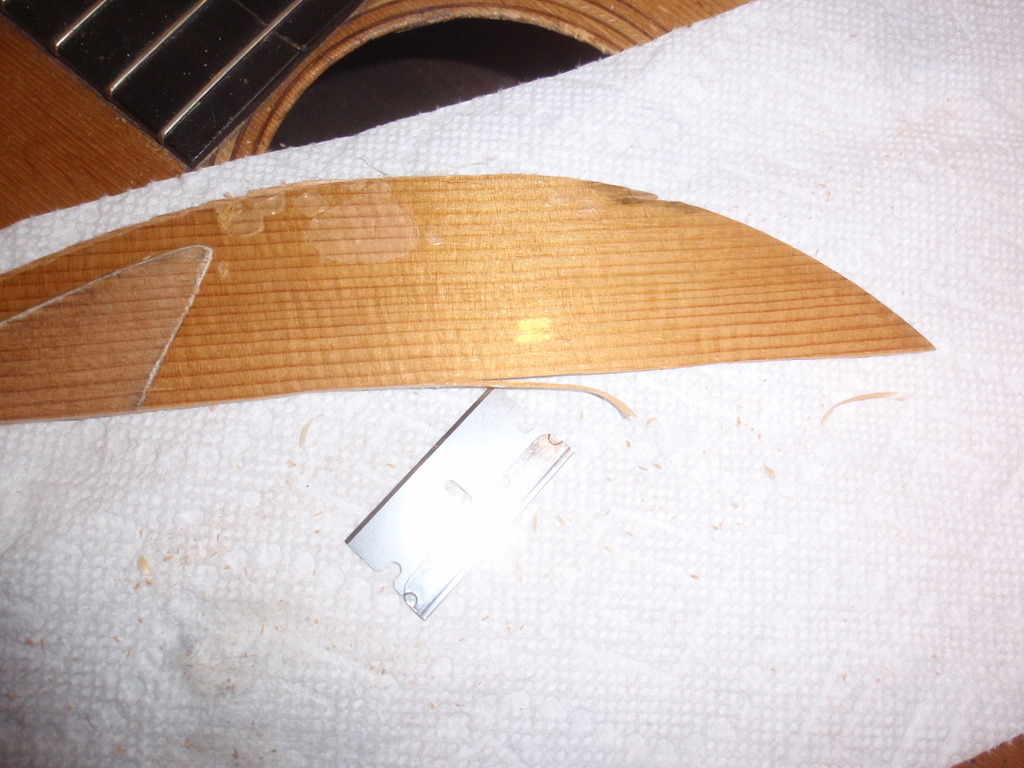 As the top came to a close I decided to thing the  top patch that I had made,  I actually manged to get it out of the sound hole and I then thinned it to .015.  I used Hide glue and clamped that in. I made a caul that was hinged and clamped that with a plastic top caul.  This really got the top back to where it needed to be structurally. 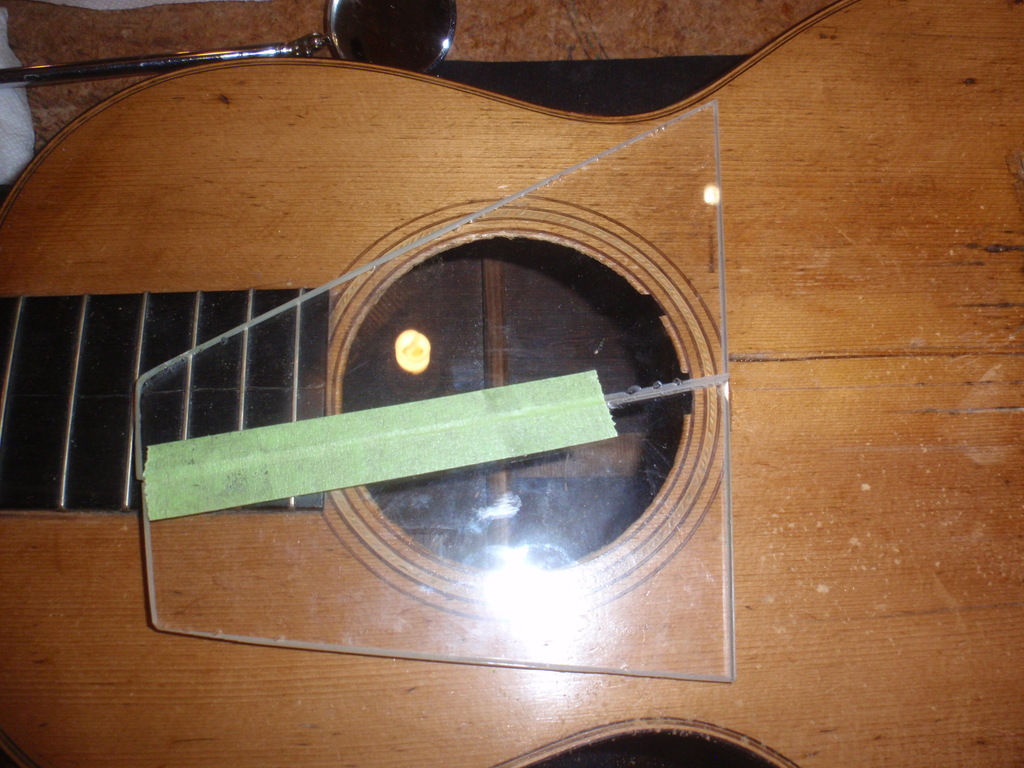 With the tops cracks fixed and the top patch installed I could address the missing top wood under the bridge.  If you notice the grain of the patch is running a little skewed to the tops grain by design. The top is .0625 thick and I then made a filler for the footprint that was missing with that grain running opposite to the patch to help strengthen this area. 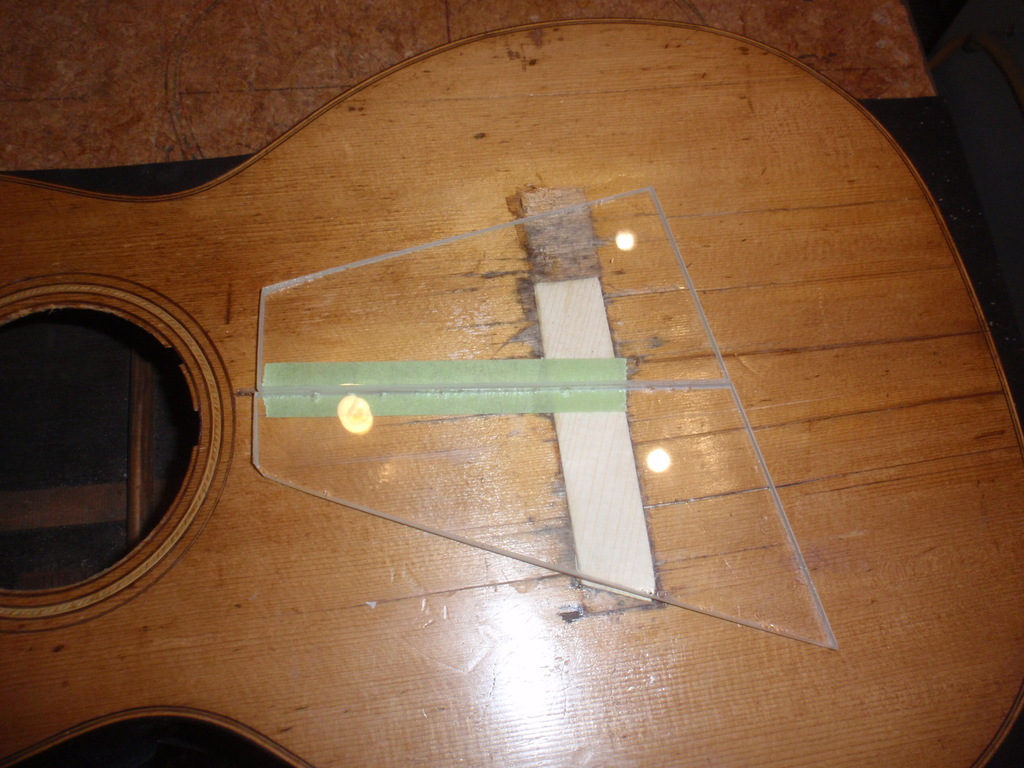 Next I had to set in the bridge patch. On these older gut stringed instruments they patch was often mahogany from what Martin repair dept told me. So I made a new plate . It was dry fit and wedged into position.  Once set I used the magnet trick to match the notch for the fan brace. Glued that in and  made the new bridge. 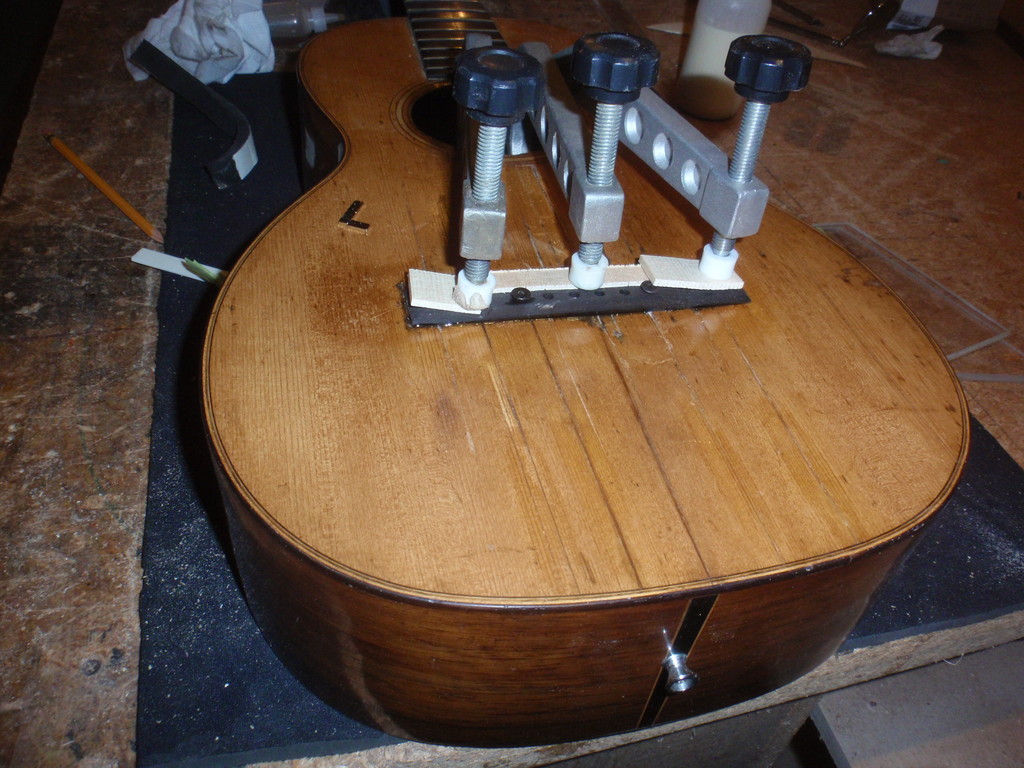 Note the machine screws used to hold the bridge in position.  I had a caul under the plate and glued the bridge on first. I then glued in the fan brace so I knew it would be between the bridge pin holes. At this point we did find a set of tuners off reverb.  I strung it up a few days later.  The old girl is now playable again.  My customer will be pleased.  The end goal was to get it to be a guitar again  and that we did.  After a week I refined the set up , and it is a joy to play. These things never  cease to amaze me on how good they sound.  I can imagine this  guitar around a camp fire at Gettysburg as the boys sing and home , God and Glory.

here is  a sound clip of the end  result