o.w. appleton - the original "inventor" of the les paul

this dude was pretty smart.  check this fret saw out! 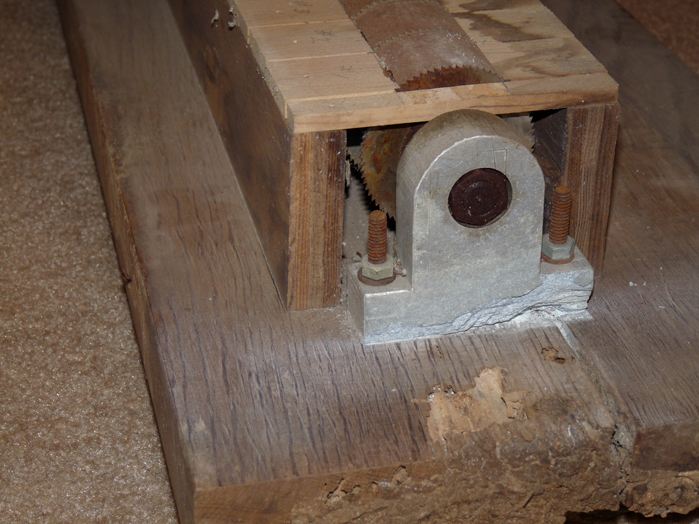 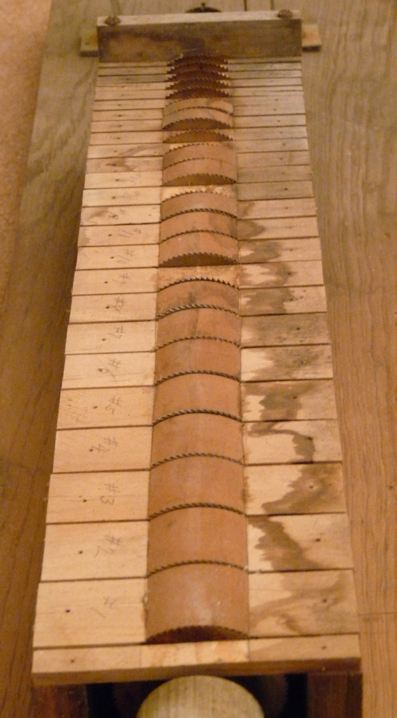 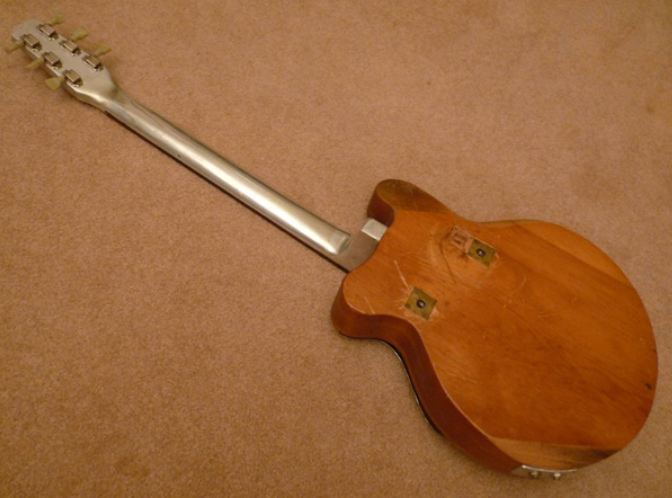 the two sections on the back were for it to mount on a pre-made stand.  yea, crazy, but i love it...

"and O.W. Appleton creates the "APP" guitar, the first electric sold-body to resemble a present-day electric guitar. He shows it to Gibson. They reject the concept of a solid-body, traditionally-held, guitar."  this was in 1941.  here's the guitar he showed them:

Permalink Reply by Mark Pollock on August 7, 2014 at 9:57pm
I love that the frets would have a consistent depth with that saw.

Permalink Reply by casey campbell on August 7, 2014 at 10:35pm
Yes. Exactly. Very smart. My question is how did he push the neck straight on that?

An interesting rig - it appears to be a home-brew setup where the neck/fingerboard would have been held over the blades instead of run under as with the traditional gang saw.

Right!  He must've had some type of jig that hung over the table in which he could keep the neck centered?

Actually, I suspect the board or neck would be held flat and slide across the blades rather than suspended, otherwise I don't see need or use for the cylindrical wood shroud/guard/depth stop arrangement.

That fret saw is an interesting piece of engineering but sure looks like an accident waiting to happen.

I'm thinking that the resistance muct be pretty impressive. There must have been some other piece to press the board down and align it.

Don't discount the probability that it's the leftover from a failed experiment - maybe it was never really used.

If I spent the time to make something like that, I would keep using it until I had hacked all my fingers off!

Yeah, I was looking at the saw and thinking that it could bring a new meaning to "grooves in my fingertips".

I was wondering if that saw is missing some type of jig, or was inverted during use?