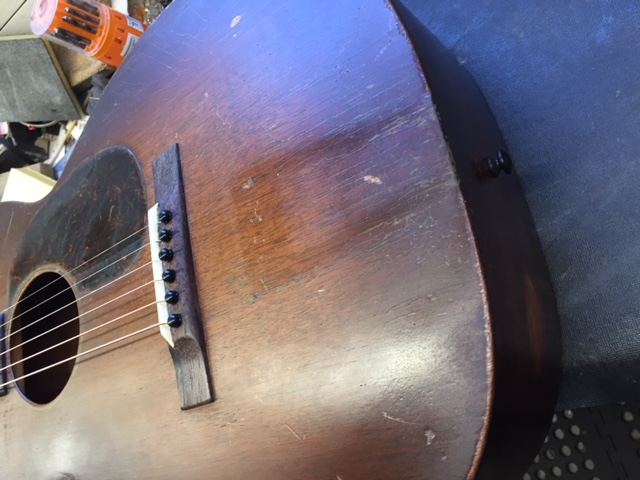 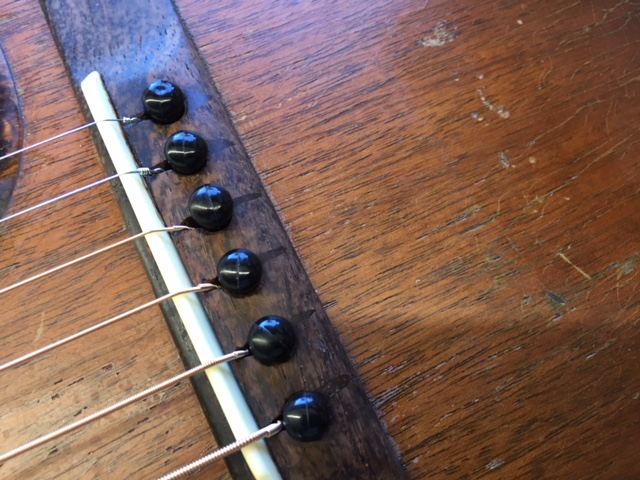 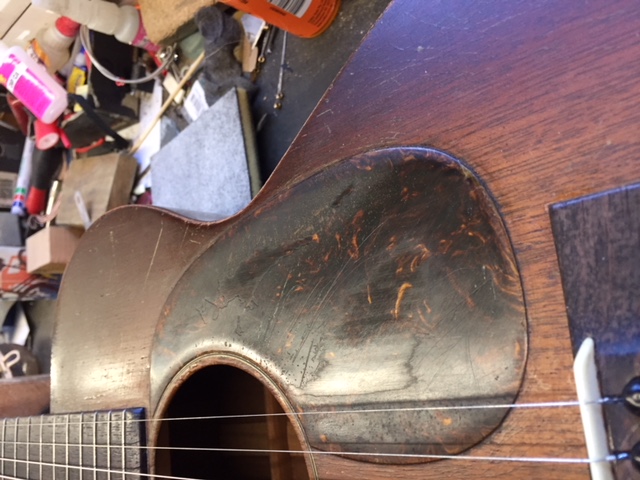 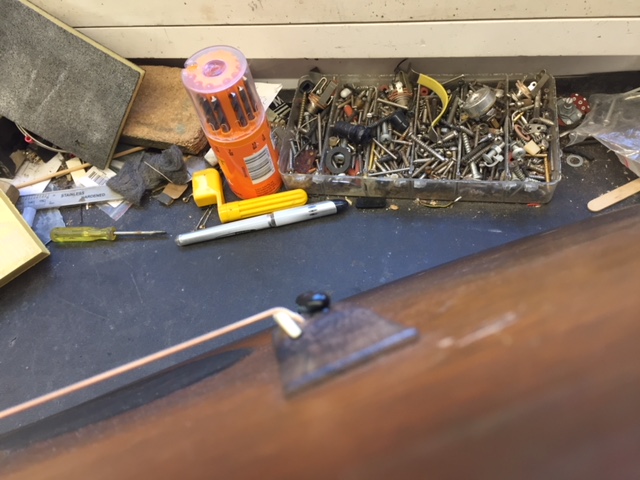 Hi guys , I have 1933 Martin 0-17 on the bench , the owner has just bought it . It seems to have been sprayed with a satin lacquer which shows a shadow of a trapeze tailpiece , and corresponding notches in bridge which have been filled . The neck has apparently been reset (of course) , and perhaps overset . The saddle is loose and leaning forward . My theory is that it developed a high action at some time , and rather than a reset , it has had a trapeze fitted as it may have had a belly . Someone sprayed a satin coat over everything including the tailpiece ,then later it has received a reset and the bridge repaired and tailpiece removed . It has bar frets which are still high enough thankfully , though they are low on the body , probably filed down before the reset . I just ask if anyone has seen a trapeze on a 0 , or a burst shading ? I have cleaned out the slot and glued the saddle in a vertical position .Also does my theory make sense ? It is a weightless and very loud guitar like the Gibsons of 1930's . Thanks Len .

Shaded finishes are not particularly unusual for Martins of that period.   We do see lots of older instruments with scars from trapeze tailpieces installed by inept or ill-informed repairers.  Of course Martin didn't use tailpieces on flat top guitars!

Cool guitar Len!  “Neck perhaps overset” looks right if the saddle needs to be that high.  And obviously that contributes to the saddle tipping forward.  You can add a shim to the side of the saddle to thicken it up in the slot and help it to resist tipping.  I would say that your theories sound about right.  This guitar would probably have some good stories to tell.

Thanks Frank , and Mark the action was a tiny bit high so I took 1/32" off the top of saddle , cleaned out the slot with a 0.085" nut file and glued the saddle back vertical with titebond . It has gone back to the owner in good shape , thanks .

I'm curious about the saddle. Why glue it in (or shim it) instead of making a new one?

The bridge slot was sloppy , so a new saddle wasn't the answer , glue filled the gaps in the slot .But as it happened I did replace the saddle later because it was a flat profile and low in the middle , it is hard to find a long enough bone saddle for these , I used Tusq .