I have been given the opportunity to restore a beautiful 1960s Guild F-30 NT Special guitar with Brazilian Rosewood back and sides.  According to the owner, there were only about 200 of these made.  It's slightly larger than a 000  size guitar and was in horrible condition when I got it.  11 face splits, 11 back splits, a large side split and a bad punch out repair near the end block to name just a few issues.  Several cracks had been poorly glued with either super glue or Duco Cement, with lots of glue on the guitar top and back.

I have slowly been dealing with that damage and much to my surprise, have managed to repair the body and bring the guitar to the point where the owner wants to go all the way with the restoration rather than "just make it playable any way you can".  The original bridge had been radically shaved down and the saddle slot roughly deepened which ended up with a curved bottom and compromised sides.  I have had the bridge re-produced by an excellent luthier (I lack the tools to do that correctly at the moment) and have a couple questions about the order of repairs from this point forward.

The guitar probably needs a neck re-set.  The new bridge is .355" thick at the thickest part, which currently measures out as .1" too tall relative to the current neck set (which isn't horrible visually, no bow, etc).  I made this measurement before gluing on the bridge which MAY make it sit a bit lower once I adjust everything for a clean fit.  There is a bit of what appears to be old glue to remove from previous bridge re-glueing (I think the bridge was pulled to assist in the radical shaving down it got). While tear out was minuscule, there is a low point I'll need to deal with to get a perfect bridge to top fit.  See the pic.

So here's the question... I would assume the correct order of operations would be as follows but would appreciate the forum's thoughts:

1) Set scale length (I've used the Stu mac saddle locating tool and the original bridge pin holes will work for the location of the new bridge).  The saddle slot has NOT been routed yet but should have room to be correctly routed later.

2) Clean, level and match footprint of the bridge to the top of the guitar.  This will involve scoring the footprint and very carefully chiseling out and glue, finish etc that might still be in the way.  Currently there is enough material to compromise the glueing.

3) Once that is completed correctly, gluing the new bridge in place.

4) Take final neck angle measurements to determine if I really need the re-set and if so, how much angle to cut.

5) If needed, re-move, re-angle and re-install the neck making sure all the eagles are correct.

6) Cut the saddle slot based on the final neck position, angle etc.

My concern is that doing these things in an incorrect order will compromise the final set up and intonation. This guitar has the potential to be an excellent instrument and I really want to get it right.  Feedback from the forum would be greatly appreciated! 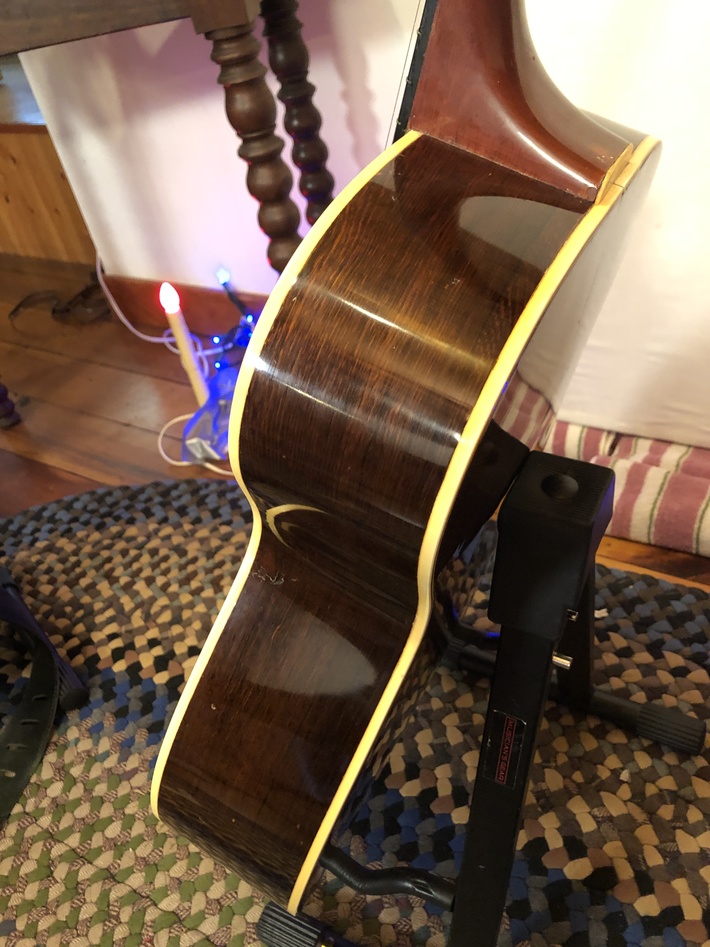 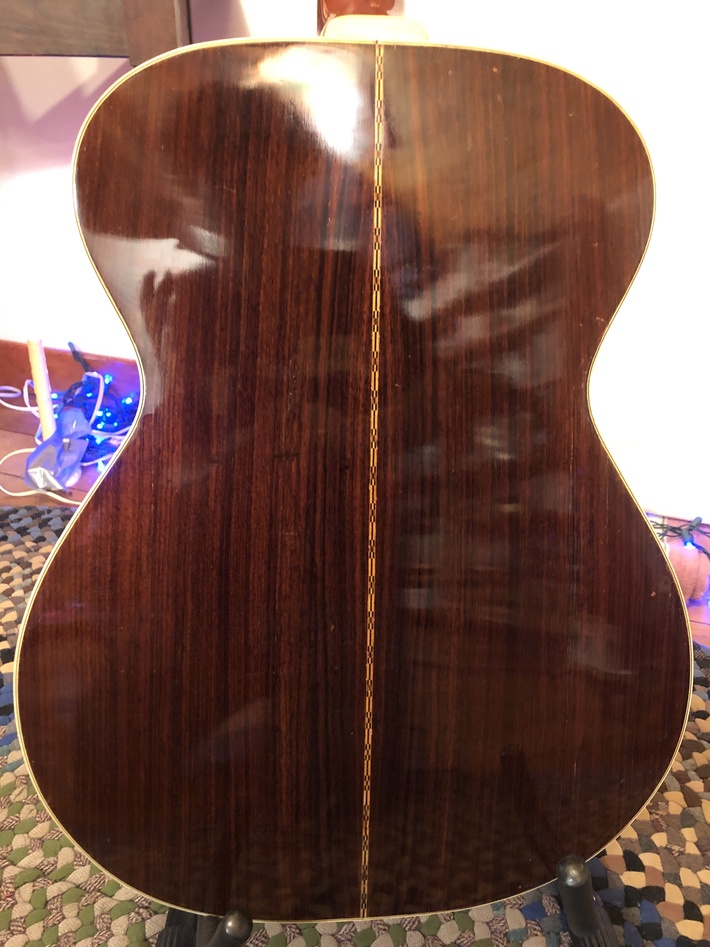 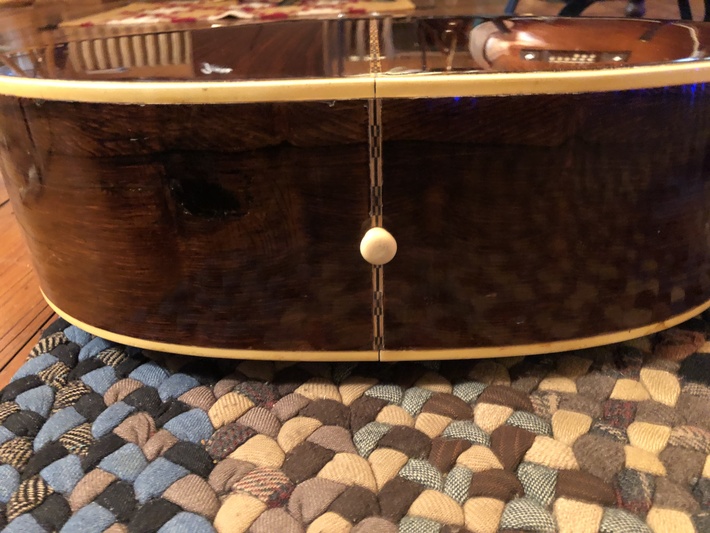