I got this one locally (in Sweden) from a guy who bought it from a Russian. It's old, late 1800'th, most likely made in Russia. Actually quite nice and lightweight, not overbuilt. But some quirky things with it.

Hand forged Ukulele type friction tuners and a fretboard with a radius greater than a Telacaster! The fretboard itself is unusual, looks like a flat piece of spruce with some kind of black goo on top. Bar frets gives away the age.  And it has 7 strings :-) The neck has remnants of a Stauffer adjustable neck hardware and the freboard was once floating on the top. Someone made a hack restoration and glued the neck and put a thick layer of spririt varnish all over it.

Will be restored to its former glory for a customer who is in to Russian 7 string guitar playing. 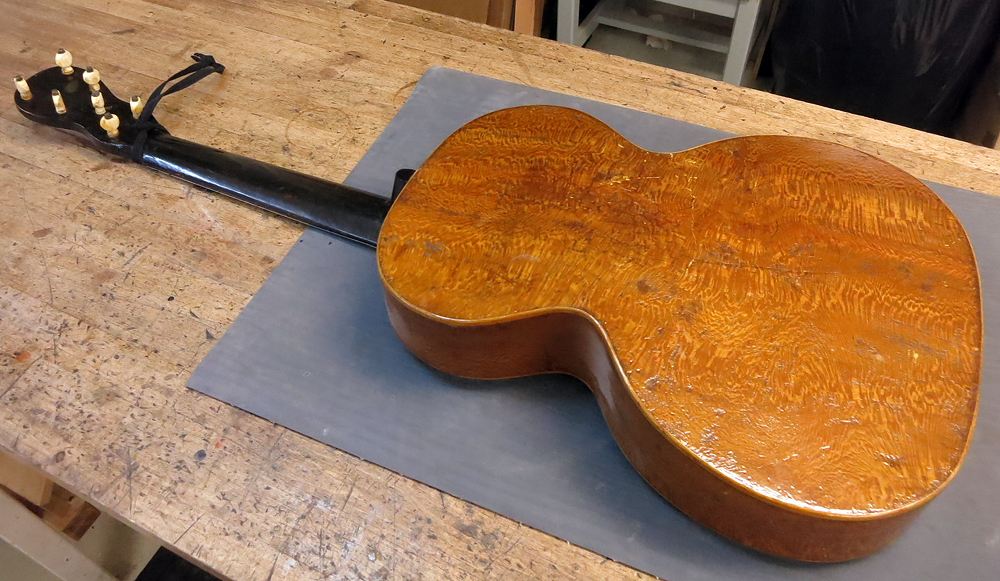 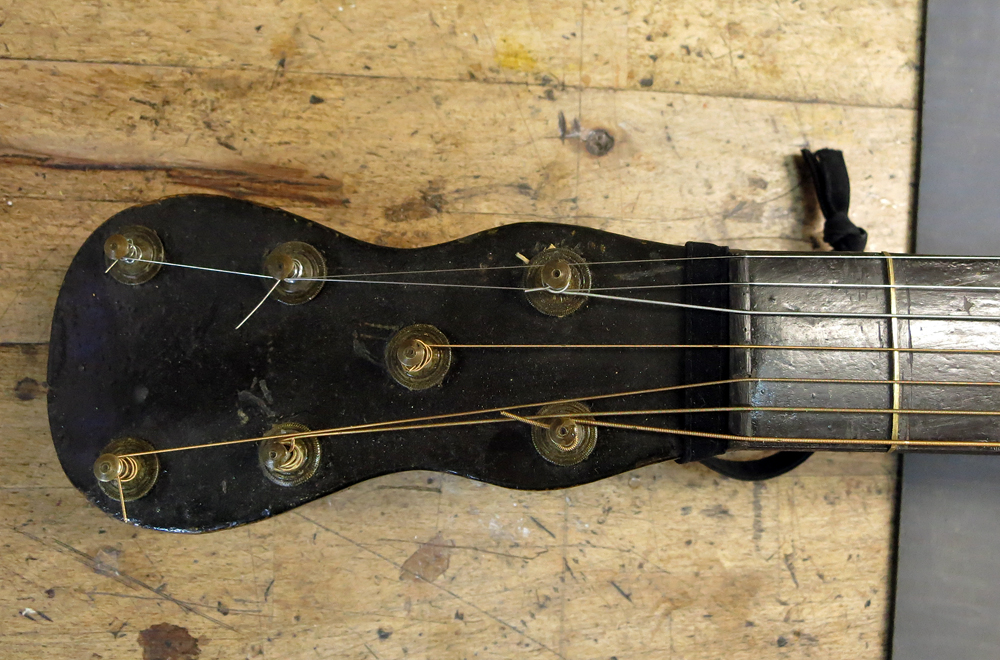 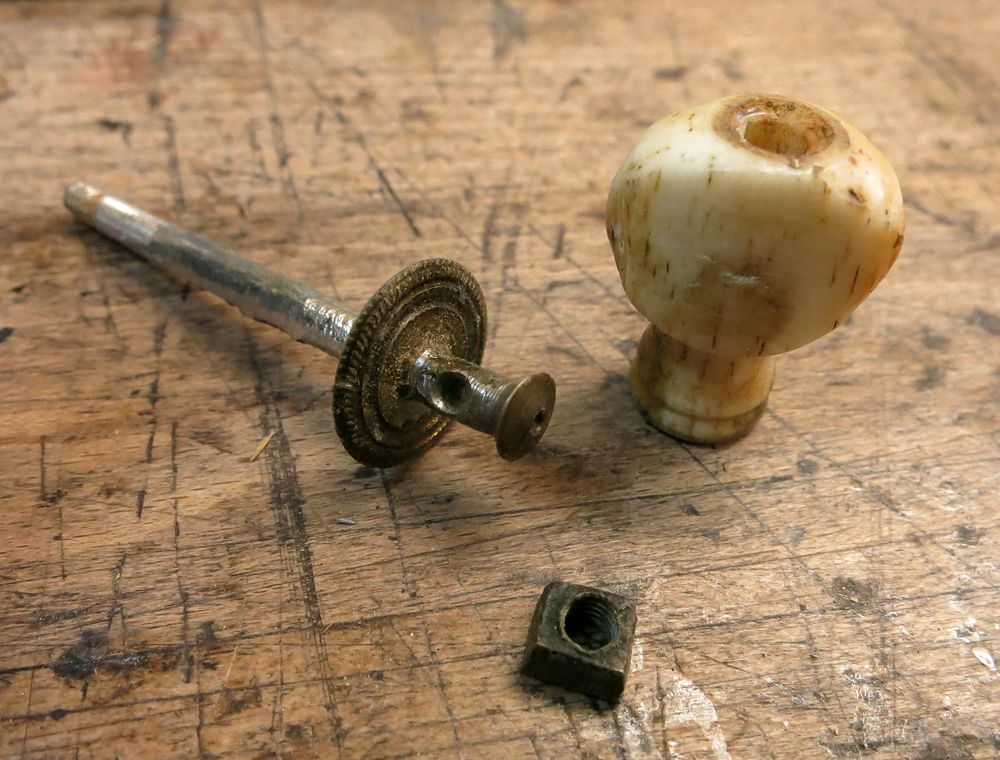 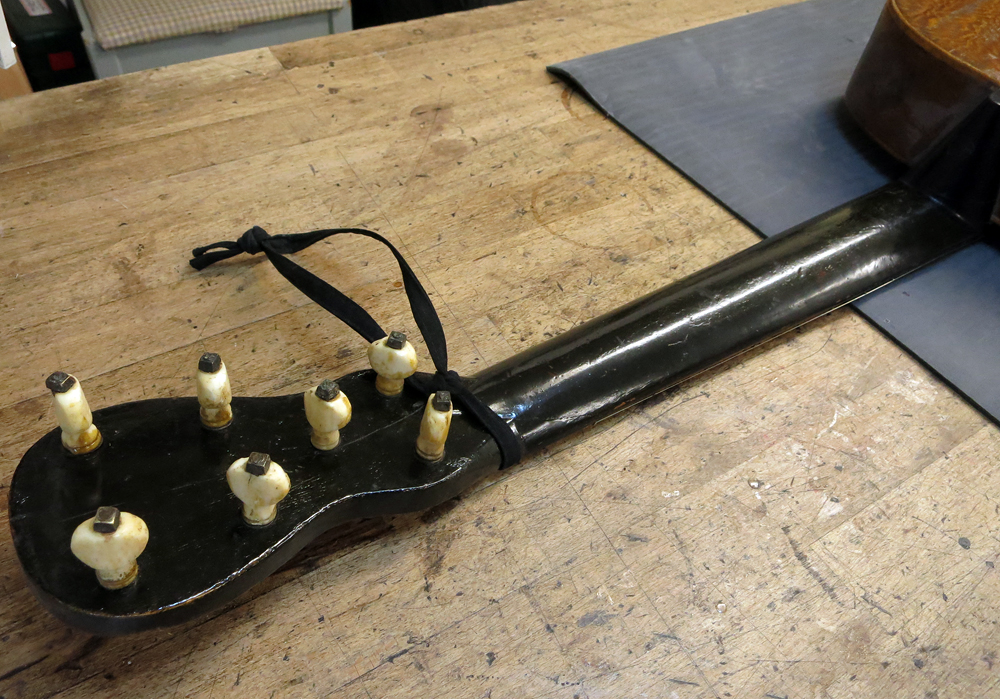 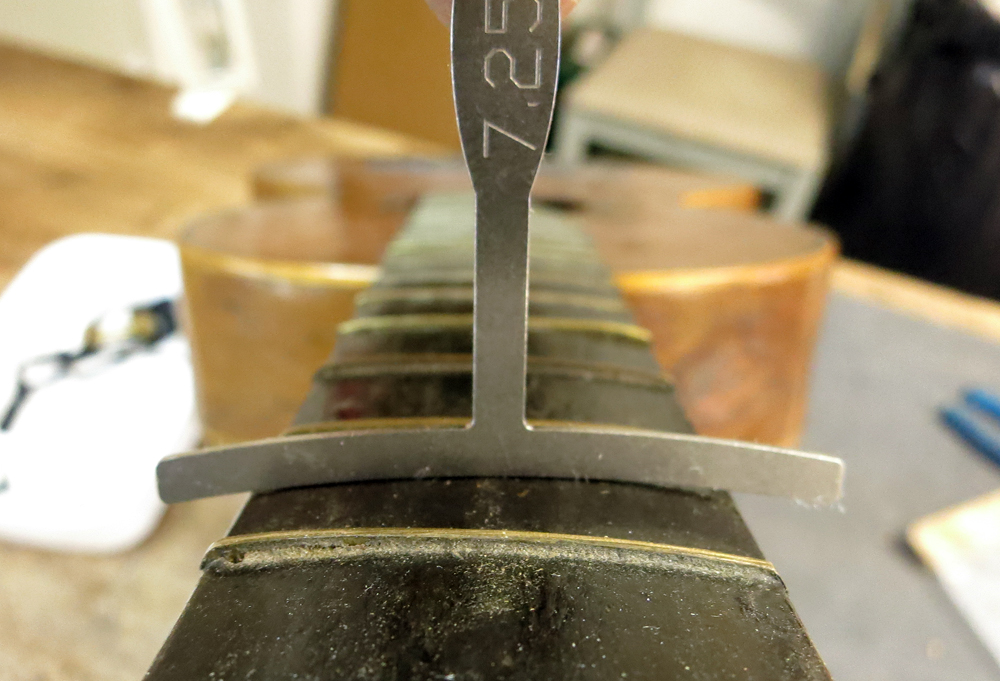 This looks a lot like the guitar in my post of 25 Nov , same headstock shape but my job has 4 strings so possibly a tenor guitar .I bet they are from the same maker . Have a look if you have time .It is also brushed with varnish . 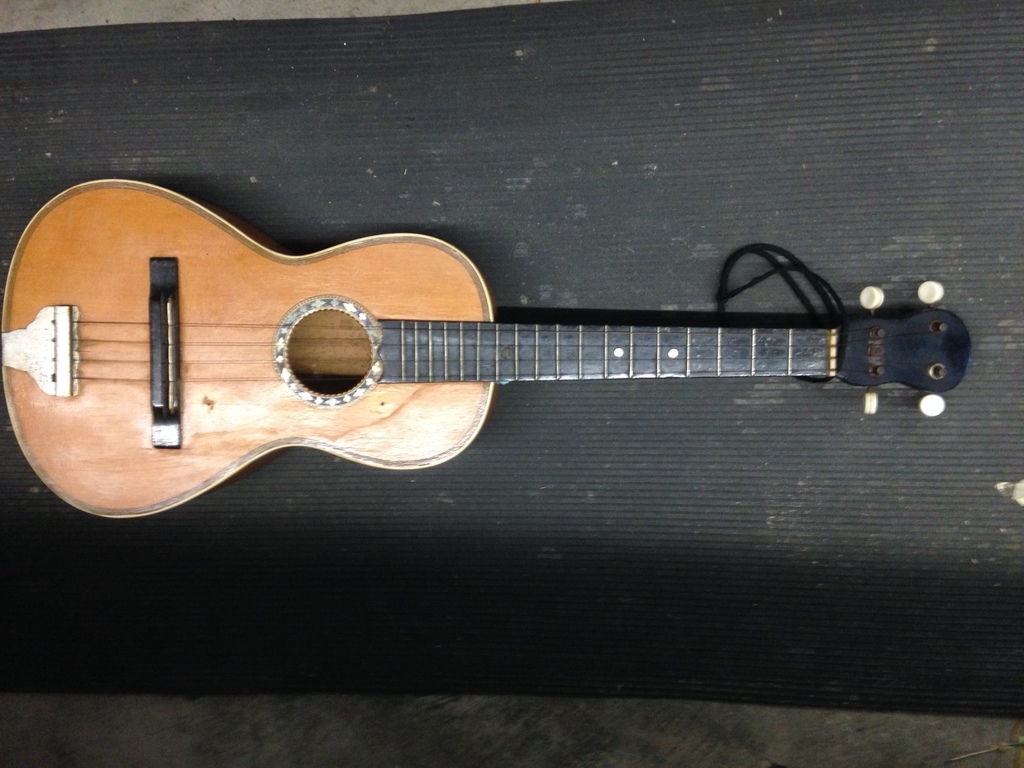 This is a mystery guitar, looks European. Not closely related to the old Russian.

The head is in the old style from late 1800'th, used on guitars with wooden pegs. The celluloid binding is more like 1900 and onward. The wood in the body looks like two layer veneer, unusual wood. Veneer like this was most common in the 1920'ies but can be older than that. The tailpiece and the bridge looks like 1920'ies. 50 cm mensur tells me that this may be a terz guitar, but with only four tuners (what's is behind the tuners, two filled in holes?) it's a tenor guitar and that puts it firmly in the 1920'ies. The decorations around the soundhole is most common 1910-1920. The ice cone heel was commonly used before the 1920'ies. The bridge may not be original, feel inside if there is string pin holes in the top.

A lot of contradiction stuff! But if it truly is a tenor guitar it must be from the 1920'ies. Judging from the random placement of the frets it may be a one off from an amateur builder mixing a lot of different styles in one :-)

Another possibility is that the neck is replaced (or only the fretboard), the tailpiece and bridge is added and replaced at the same time. All that on an old European Terz guitar from 1900-1910. If there is six string pin holes in the top that's probably what it is.

I might add that I have never seen a fretboard on an European guitar with a wavy endeing at the soundhole like on this one. More in the american style and the 1920-1930'ies. The tuners are not original and not as old as the body of the guitar, probably from the 1920-1930'ies.

There are no pin holes at all , I suspect the tailpiece is a late addition as it's screws were only about 3mm long . The tuners do have a ring around the front and back which may be from friction tuners. 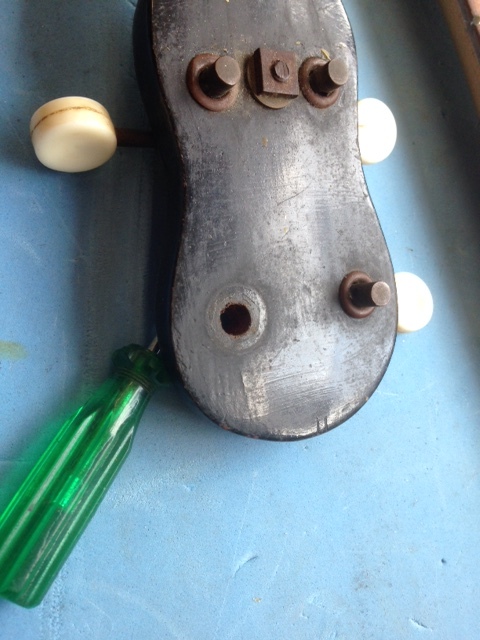 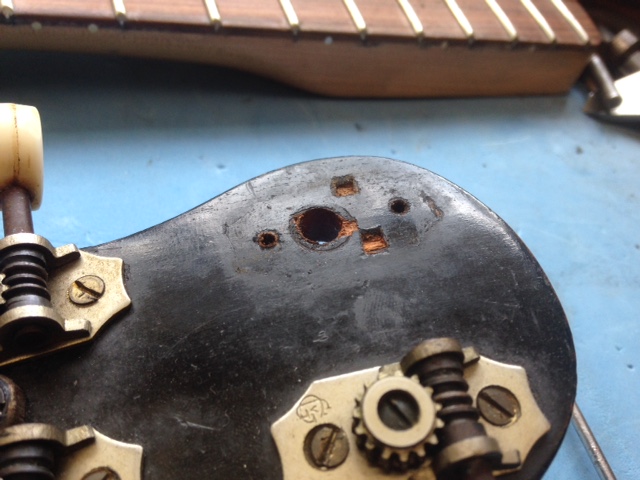 Hello. I was wondering if you have this guitar in your possession, and if you are willing to sell it. Let me know if you are interested in negotiating a price.

Hello , are you asking about the 4 string ? it has gone home to the customer .