Some questions about a custom made guitar that just came in

HI all,
Had a custom build come in from Nebraska to Singapore a month back..
Facts: It's way more humid over here in Singapore (~90% average).
Well this guitar is a 2 bolt attachment to the body. The builder spot-glued the fingerboard extension to the top of the guitar right near the end of the fretboard extension.
When it came, action was nice, and I don't remember seeing any gap whatsoever.
After about 2 wks of not playing it, I find the neck has bowed quite abit such that the bow is quite visible down the neck of the guitar. Action raised almost 1.5-2/32".
What also happened was that it seems there is a gap beneath the extension to the top. The spot of glue hasn't budged I think but I can slip a piece of paper under the extension.. and can even slip right thru. 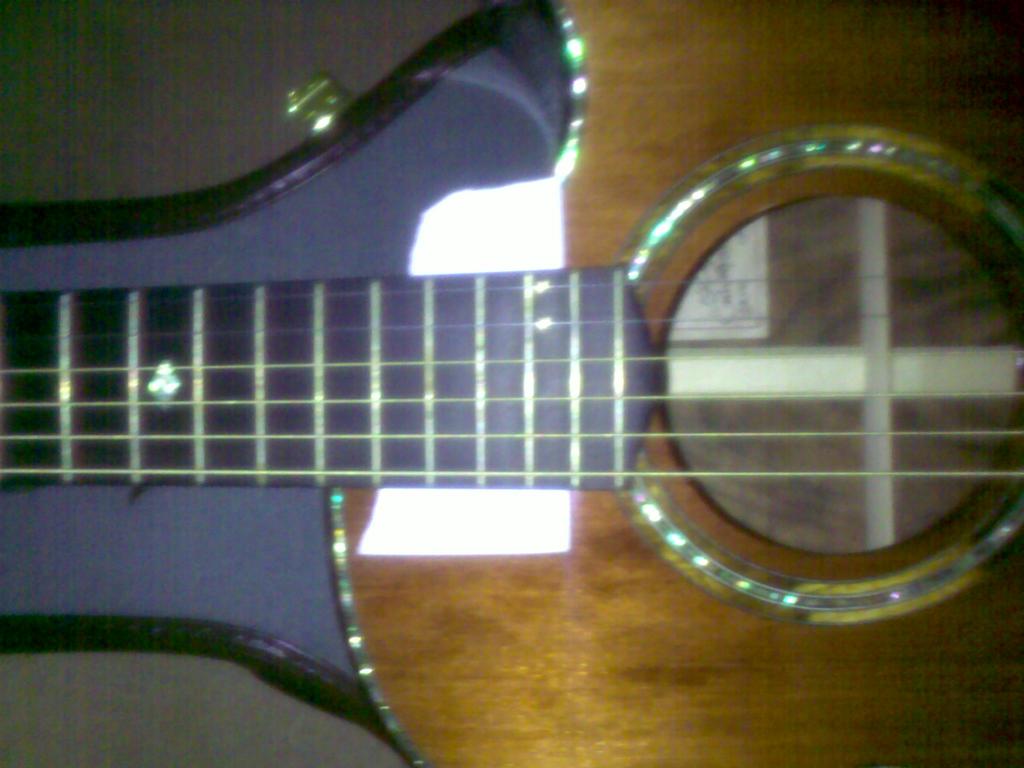 **the spot of glue at the tip is still tight.

The builder is thinking that humidity has caused most of this.. so I just wanted to get your opinion on this. Also, being a new guitar, he said the neck could've bowed due to the sudden exposure to high humidity.

Are all these occurrences plausible?

Also, what he had advised me to first do was to unstring the guitar.. lightly loosen the 2 bolts and clamp it down firmly again to see if it sits properly this time. His rationale was that it could've moved slightly out of position and then rebolt it tight.

Afterwhich to adjust the relief on the guitar.

That's about all he's told me so far and it sounds like not too"dangerous" a job.. anything else you learned people can advise me to do?

Permalink Reply by Greg Mirken on May 7, 2010 at 7:34pm
This sounds counter to what I'd expect. When wood goes to higher humidity it takes on water from the air and swells. Assuming the back of the neck is sealed with finish, if the fingerboard swelled it would push the neck into a backbow situation, or at least straighten it out. This would cause the action to lower and buzzes to appear. Now, simultaneously, the top wood would swell and the bridge would rise. This effect would cause the action to rise. In reality both things are happening so it's hard to predict how any one particular guitar will react. But you said the neck now has a pronounced (I assume forward) bow. Make sure the glue joint between the neck and fingerboard is solid. That's the most likely culprit other than just needing a plain ol' truss rod adjustment.

Permalink Reply by Hann on May 7, 2010 at 11:41pm
so I should be gluing down the rest of the extension and not just the drop of glue at the tip?

Permalink Reply by Pierre-Antoine Roiron on May 8, 2010 at 1:25am
Considering the fingerboard end is only spot glued at its end, its seems logical to me that with humidity rising you can slip a paper under it. As long as it doesn't make a high spot causing string buzz, I would'nt care for it. I would give you the same advice : check the neck bolts (I don't think it will change anything) and set-up the guitar. Any guitar that changes that much of environement needs a set-up before you can suspect any flaw.

What do you mean by high spot? The action's pretty high now so yeah it doesn't buzz =)

Permalink Reply by Pierre-Antoine Roiron on May 8, 2010 at 5:21am
The fretboard extension is held by the neck and the glue spot : if it expands, it can tends to bow up (sorry, I'm not sure my english is good enough to describe that). Should it happen you could fix it by cuting the glue spot to relax the bow and making a new one. But that's another story. For now, just try to perform some basic set-up.

Permalink Reply by FRANK on May 8, 2010 at 4:33am
WHAT is the exact measurement at the 17th fret from fret top to string bottom ? in standard please not metric .on both E strings

whats the significance of the 17th fret?

Permalink Reply by FRANK on May 8, 2010 at 11:12am
17 IS WHAT I MEASURE FROM SO MABY YOUR SADDLE GOT FLIPPED AROUND THE MEASUREMENTS ARE BACKWARDS AND JUST BY THE SOUND OF IT YOU MAY BE ABLE TO COMP THE SADDLE TO ACCOMMODATE THE GUITAR THE LOW BIG E SHOULD BE CLOSE TO 3/32 EDS AND THE HIGH LITTLE e SHOULD BE ABOUT 2.5 /32 EDs FROM THE BOTTOM OF THE STRING TO THE TOP OF THE 17TH FRET IN MOST CASES WHEN MEASURING FOR A STEEL STRING GUITAR NOW WHEN YOU SAID YOUR NECK WAS OUT OF WACK I THINK IT IS A TRUSS ROD WITH THE SADDLE FLIPPED BACKWARDS .SO IF THIS IS NOT WHAT IS GOING ON YOU CAN SAND THE SADDLE TO ACCOMMODATE THESE #s SO DO IT LIKE THIS ADJUST THE NECK /ADJUST THE NUT AND LAST ADJUST THE SADDLE THIS IS HOW IT HAS BEEN EXPLAINED TO ME AND SEAMS TO WORK GREAT .

yeah i'll do a proper setup.. have done plenty of those.. it's this gap underneath the extension i'm not used to.

Permalink Reply by William F.Eden on May 8, 2010 at 11:20am
Hann I also build a bolt on neck and i have found that if you don't fasten the neck extension down all the way on the top you will get a bow in the neck. The body seems to flex between the neck joint and the end of the fret board. The way you have to fix your problem is to take the neck off and refit the heel of the neck to lower the action . I donot glue the fret board down at all but I put four small screws in the fret board two over the end block& two between the last two frets .And cover them with 1/4"Abalone dots. then when ever have to reset the neck it is a lot easer to just drill a small hole in the dots & take them out remove all your screws and bolts and your in business.P.S. [the screws in the fret board] you first drill a 1/4" hole then you drill a hole big enof for the screw in the centre of that hole. I hope that this is of some help to you Good luck Bill.""""""""

when you say refit the heel.. should I just be reseating it or are you talking about removing some material from somewhere at the heel? or just refitting it properly and rebolt like what the luthier suggested in the beginning?

He did mention that i could use hide/titebond on the rest of the underside of the extension... it'd still be ok to remove next time to reset the neck if I had to.. just gotta avoid the heel area.

Permalink Reply by FRANK on May 8, 2010 at 6:49pm
re set the heal usually says to take the neck and body and shape them to fit properly so yes the heal should be sanded also in a neck re set .remove the neck place down a piece of sand paper in between and shimmy the neck onto the paper and pressing in the direction you need to achieve the angel sand carefully till when dry clamping you can see that side to side and up and down you enter the pocket and achieve popper neck set. this may be a all nighter drink some coffee if you care to do this tedious job it may be your concern that this process can take a few hours not to impress anyone it is changeling cheers chime in please