It's not just difficult to build a guitar, it's also difficult to make an accurate progress-report...
There are so many stages in building, so it's easy to forget to “archive” one.

For those who wonder how I assembled the sides: 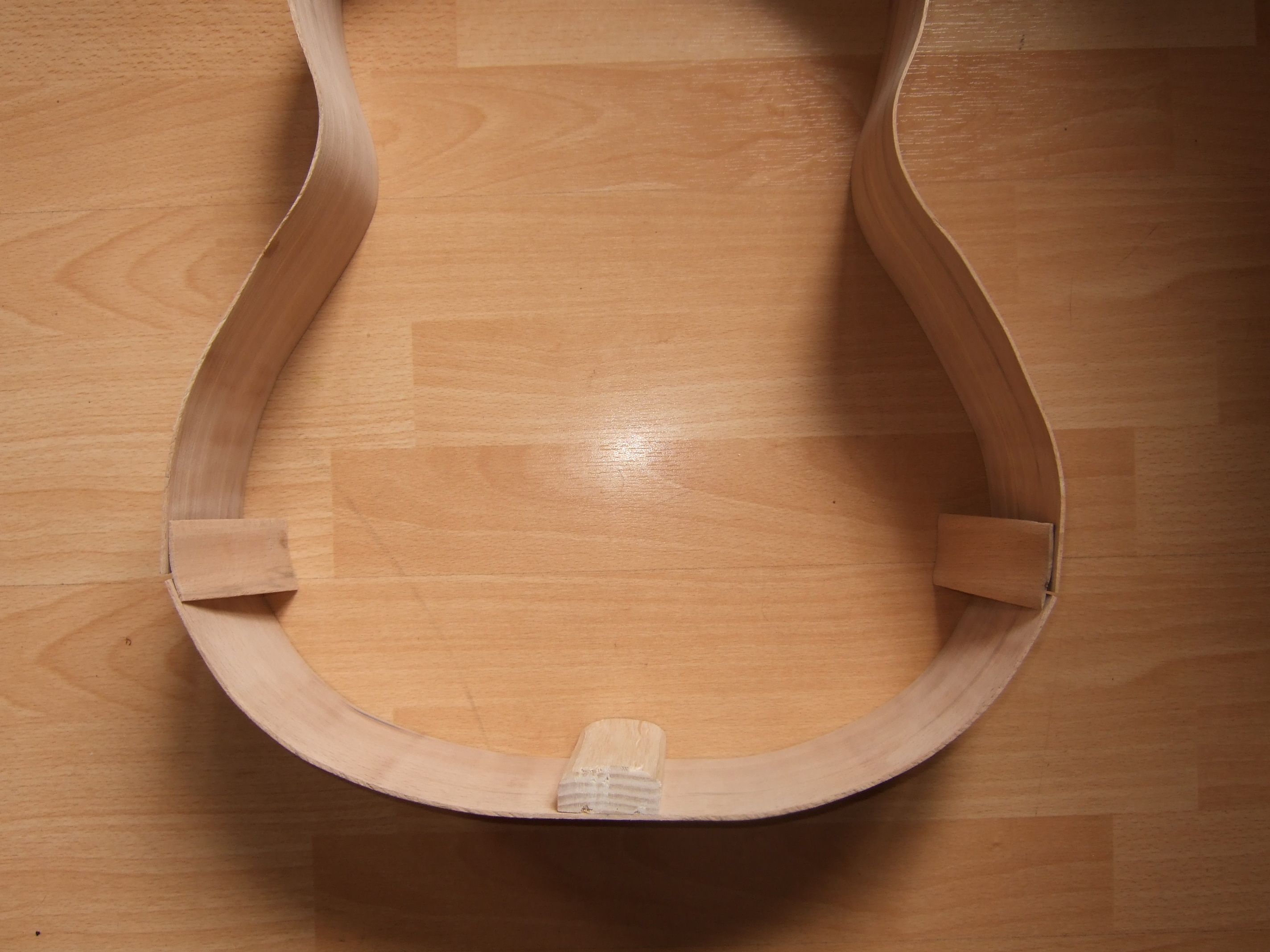 I cut 2 pieces off a “spare” sideboard, bent them to the right contour and making sure the grain of these pieces doesn't run parralel to the grain of the sides, for extra regidity.
And yes: first I tried to glue a patch directly to both side-pieces...Take a look at the mold I'm using, and maybe you'll understand why I thought it was better not to do this gluïng while using the mold (a clamp at middle hight on the sides would drive the sides out of shape, since there is no mold to counterpressure the clamp). 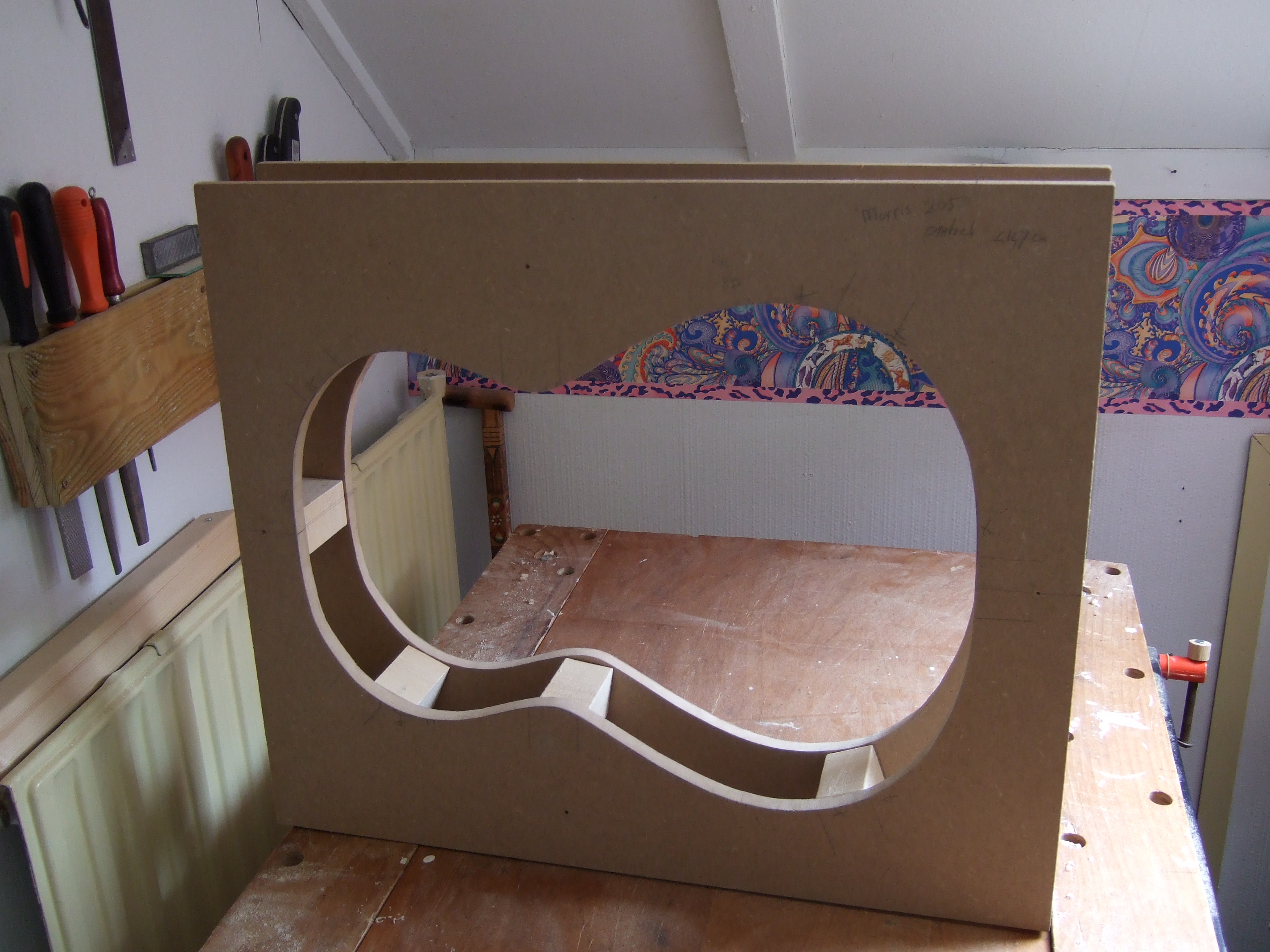 That's why I'm sure that any new mold I'll make will be sollid...

Not using the mold of course gave me allingment problems, so I had to reglue after I added extra blocks at the right position in the mold.
Finaly it looks like this: 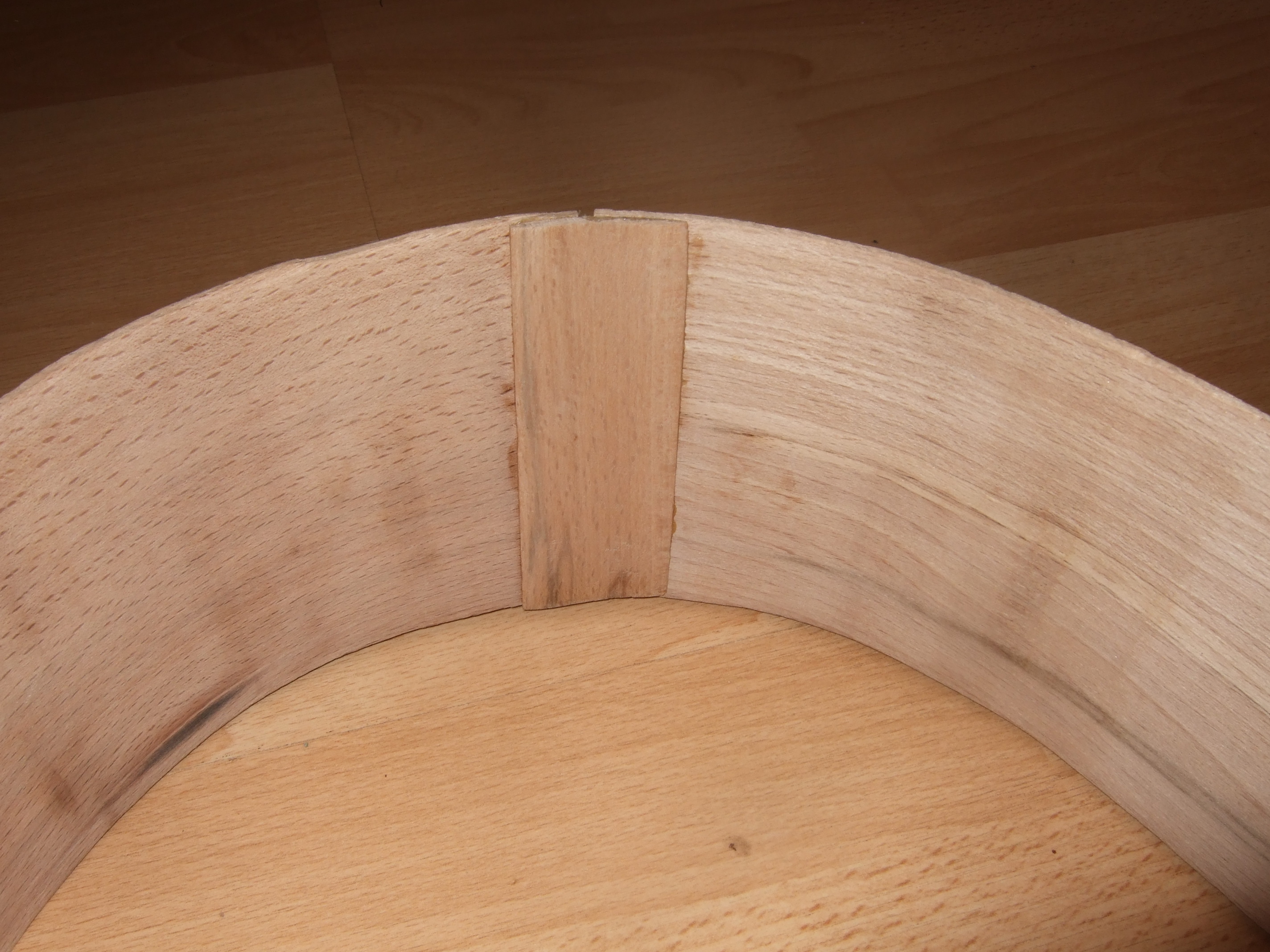 So far for that almost forgotten part of my progress.
Now back to the bracing.

With the original at hand it was easy to duplicate/ replicate the braces, but how to get them glued up under even pressure? That's where the cut out pieces of my mold came in handy. I liked the way this setup looked like, so I give you 3 pics. 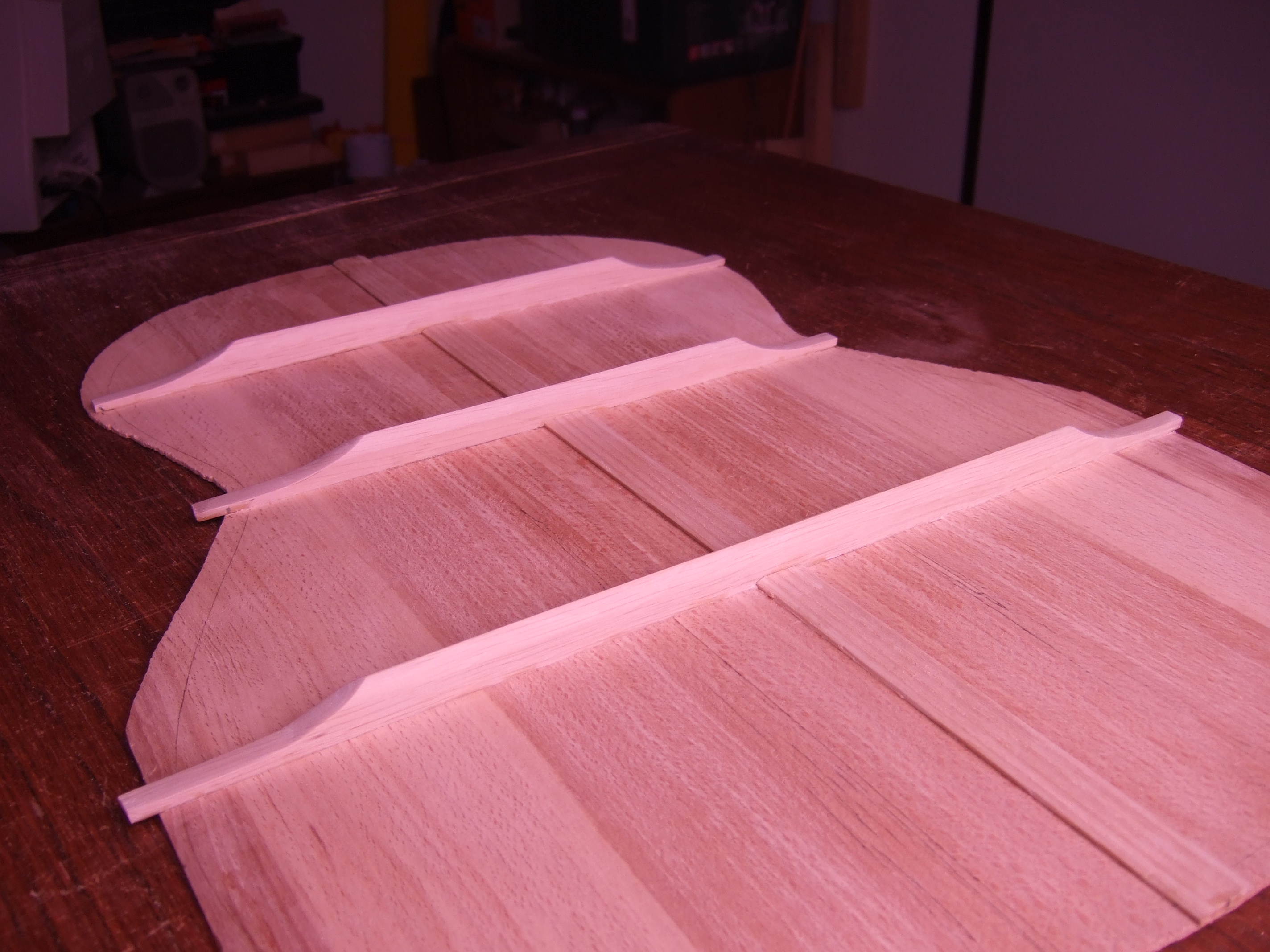 I also started making the braces for the top, but for now I'm waiting to glue them on. There's still a lot to do to the top and I'm sure that it's better done when the top can lay flat on a workboard, instead of resting on braces.

Cutting out the soundhole didn't result in a perfect circle (I know: it's just a lack of craftmanship, but if I persist, maybe... one day). I used a piece of pvc rain-pipe, put cardboard arround it to get the right dimension and wound sandpaper as a last layer. With that construction it was easy to sand the soundhole to a perfect circle. 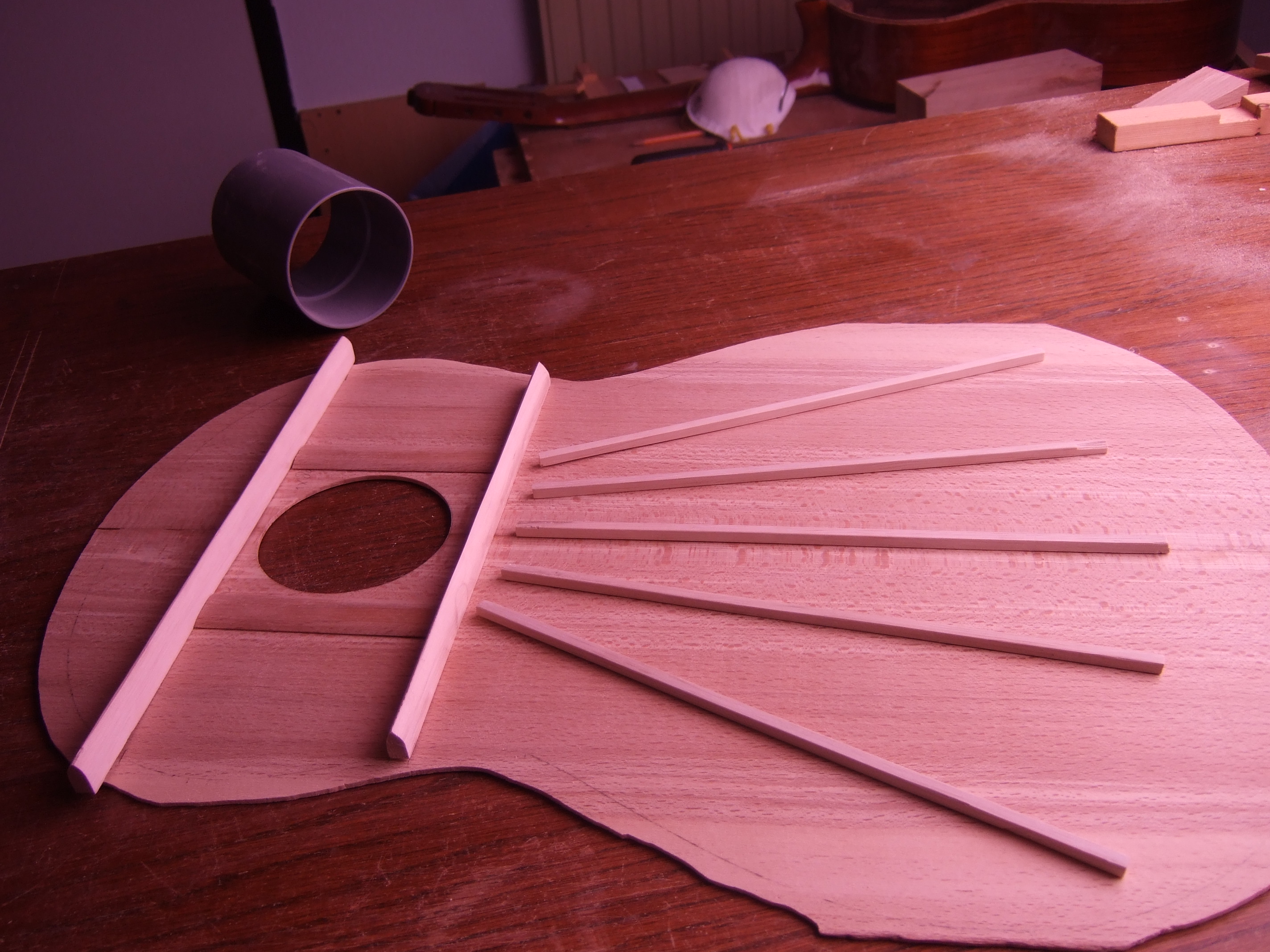 (the braces are just layed out, not yet glued, the pipe I used for rounding the soundhole is also on the workbench)

The linings I made from the leftovers of the wood I used for the sides. 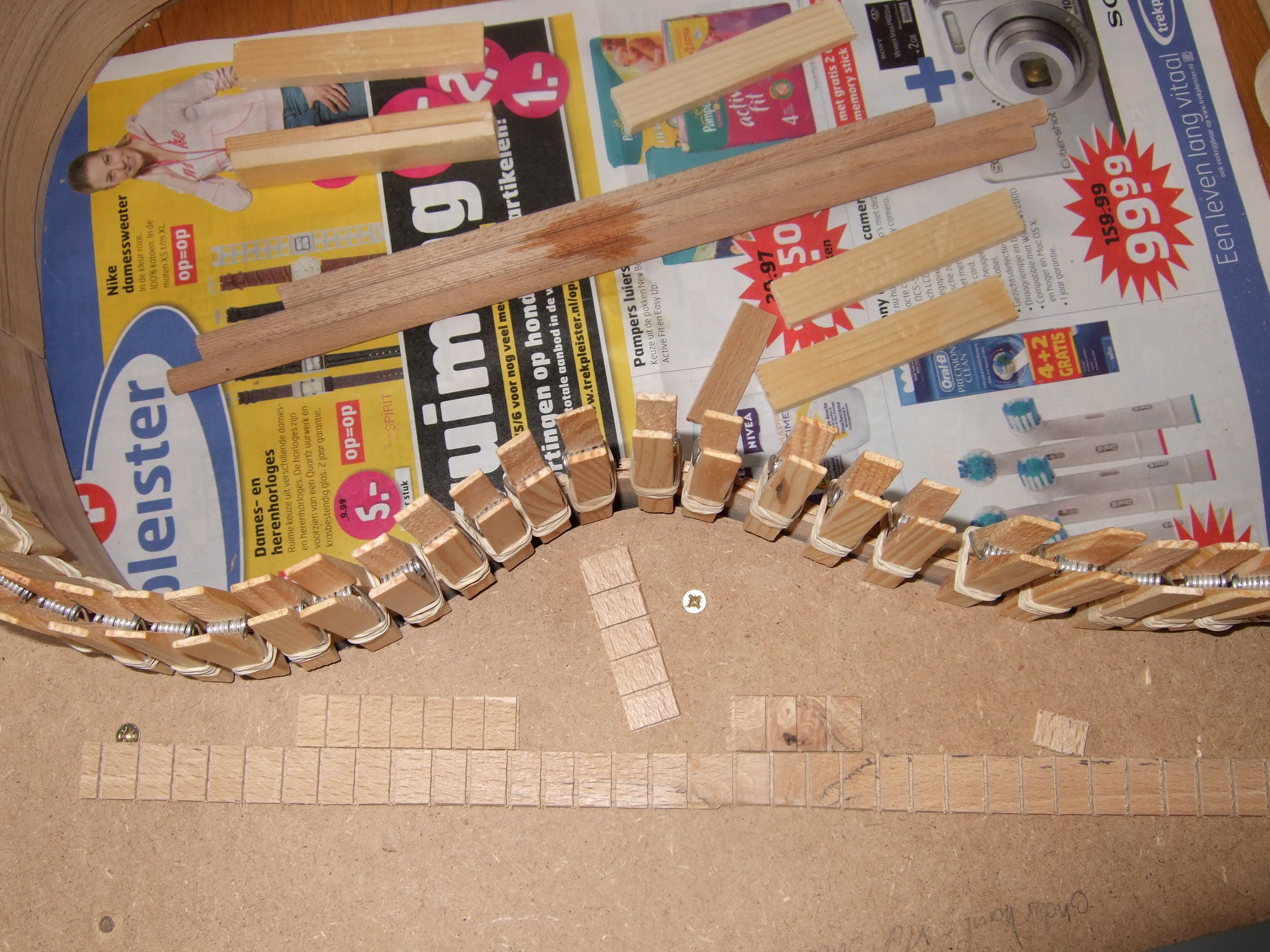 (Don't pay attention to the ads: they're a) in Dutch an b) expired by now) 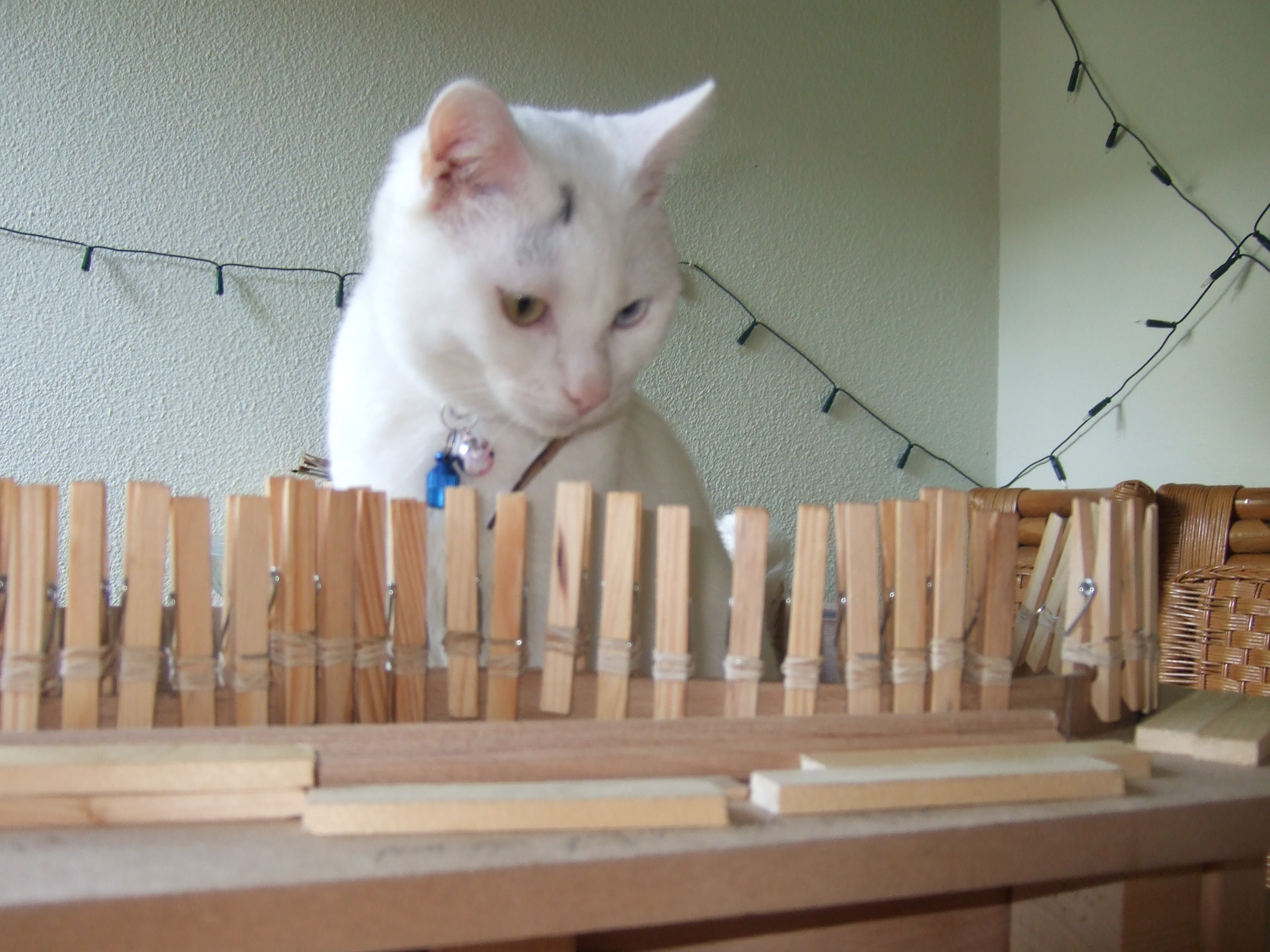 Latest things I've been doing:
I started making the neck. I “pre-shaped” the heel, sawn what will be the neck itself and added an extra piece (2 cm thick) for the headstock. 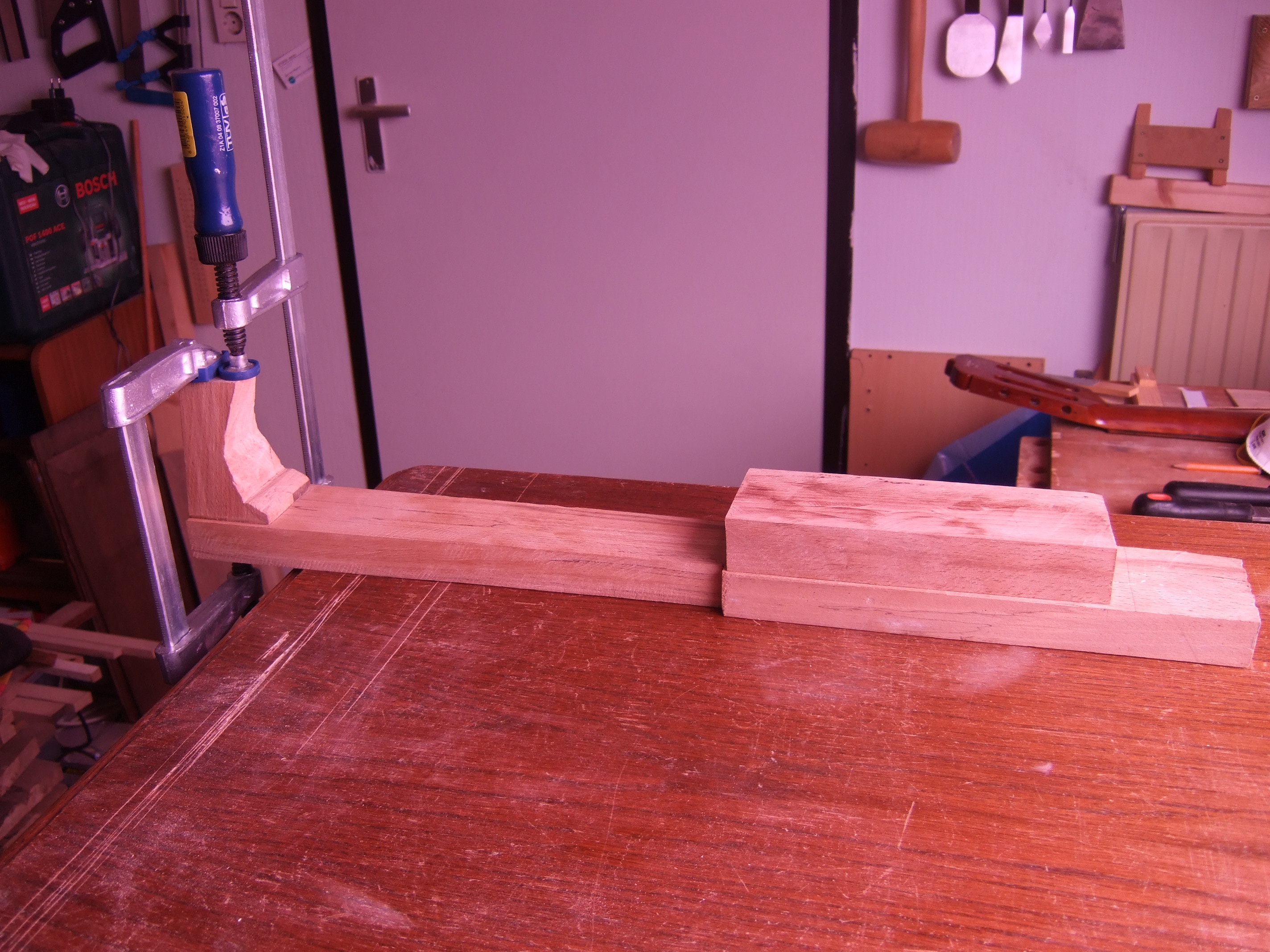 I also made the neck-block and have glued it to one part of the side, the other side will follow. 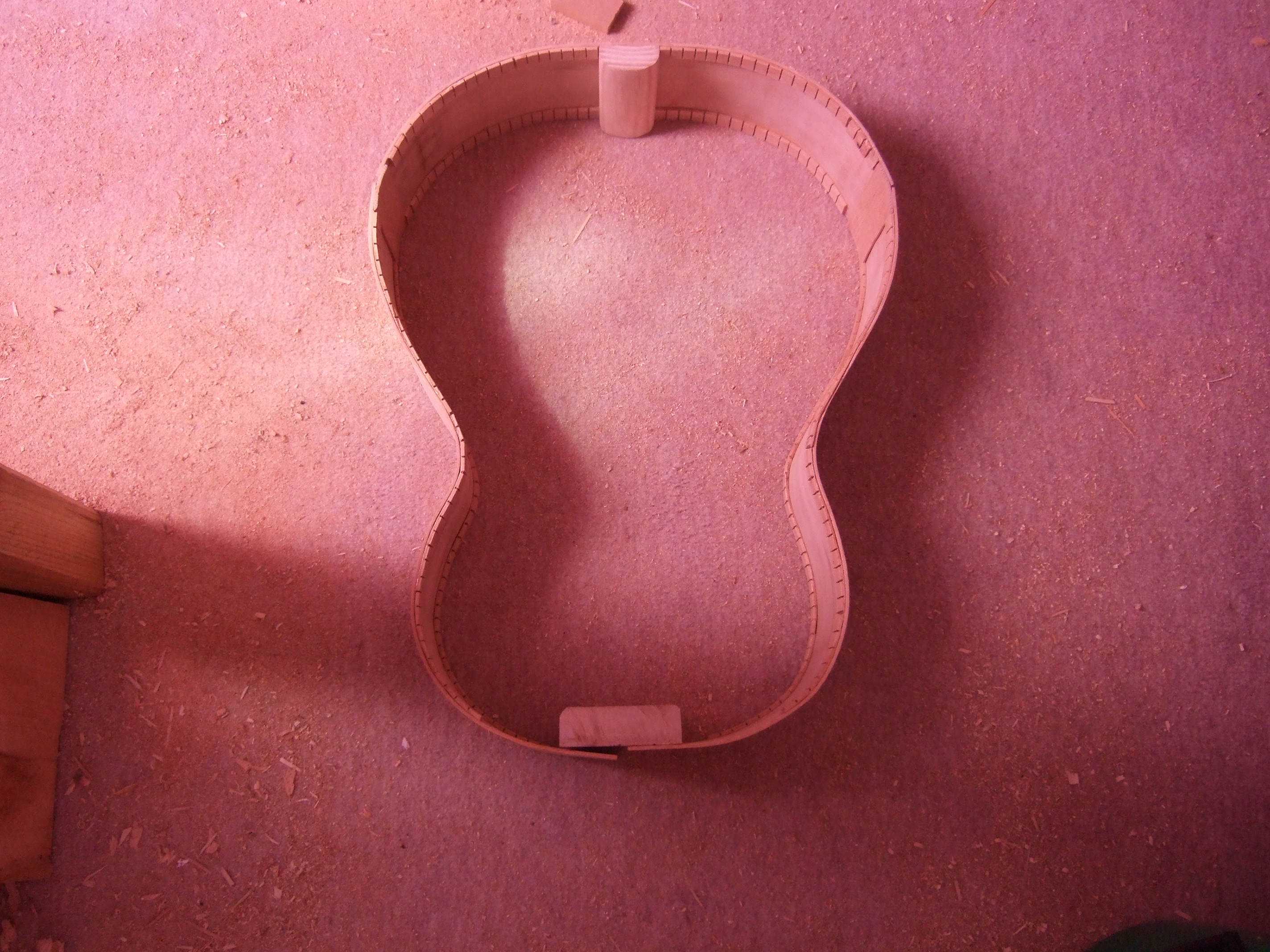 And yes: again more mistakes... Allthough I wanted to make a copy of an existing guitar, I had decided to make the copy using a dovetail-joint. The mistake I made was to cut the heel short.
There's simply not enough wood left for that kind of joint. OK: I could make a new heel, but on the other hand: I could also try to make this a bolt-on neck. By now I've decided to do the last.


With all these pictures, these blogs tend to take a long time to be downloaded. No problem for peaple with an ADSL/ DSL internet connection, but when using a low-bandwith connection I can imagine it taking too long. So: I'll end this part and will continue in an other blog.