Which Fret is Buzzing

Does anyone have any tricks for determining exactly which fret is buzzing?

All the frets are dead level as far as I can tell, but there is still a buzz on the 4th fret, and to a lesser degree, the 5th fret. If I fret anywhere higher than the 5th fret, the buzz stops. By my logic, suggests that it is likely the 6th fret that the string is hitting, causing the buzz.  Does that stand to reason, or is it more likely that the buzz is being cause by a fret higher on the fingerboard?

Because the 6th fret does not appear to be high, I don't want to file it down unless I'm sure if it is the culprit.

I wish I had a way of actually seeing of hearing the fret buzz. Maybe there is a way?

Buy one of these:

One of the tools I really couldn't do without, and cheap too! 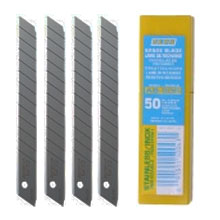 for the same job.... cheaper, easier to purchase, not as critical to keep track of...

I once had this problem. The string appeared to be bent, even when under tension. The strings on that guitar were very heavy gauge, I think .016 to .60.-something, tuned in G. New strings solved the problem.

Yep, me too.  The fret rocker is great for identifying a high fret that you can't pick by other methods.  But any short straight edge would do the same job so that idea of using razor blade sounds neat!

When hearing the buzz, is the neck dead straight or does it have some relief?

Thanks for all the replies.  I have the rocker tool (If I didn't, I really like that razor blade idea.) and I could not find any high frets.

To answer Mark's question, I do have relief - too much actually, but the buzz is still there.

I have now learned that the rocker tool, placed over three frets to find a high fret, is limited and in this particular case, deceiving.  The problem is not a high fret, but rather a low fret.

You might think that the rocker tool would reveal that too, and in most cases it would, but this guitar had a dip in the neck and fingerboard. (kind of a built in bit of relief, only pronounced in one area) The low fret was level in relation to the next two frets, but maybe by the third fret away - not so much.  If the rocker tool did find the next fret high (which it did first time around), filing down the fret did not solve the problem, it only moved it further up the neck.

In the end, I had to remove all the frets and level the fingerboard itself.

I don't know if I described this well enough or not, but it looks like I have solved my problem.  Still, even just for curiosity, I wish there was a tool for listening or seeing a buzzing fret.  (Maybe a mechanic stethoscope?) Does the buzz occur when fretting directly next to the high fret, or is it further away?  One thing I do know is that filing down the fret that is causing the buzz may not be the proper thing to do, so maybe this tool would not be useful.

Thanks for all the help,

Permalink Reply by Mark Wallace on May 4, 2011 at 11:46am
Glad you got it figured out. I have read about guys chasing down problem frets by using a multimeter (set to conductivity) or low wattage light looped through the bridge with the other end placed against the suspected fret(s). In principle the circuit would be completed when the string contacts the fret. I'm not sure how practical this would be given the frequency and limited duration in which this actual contact may occur.

As you indicated, I don't know how well this would actually work, but I think it's a brilliant idea!  I'm sorry that I have fixed the buzz now.  I want to try it.

I think it is a two person job though unless I can figure out how to attach the probe to the fret.

Actually, using a VOM makes a lot of sense. It's not expensive to get one which indicates continuity with a beep. You don't need to watch anything but where you are placing the probes. Usually, even the slightest contact will make a beep. Of course it should beep on the fret played but you should have silence anywhere else unless it touches.

I think the light bulb approach would be much less sensitive that a VOM.

Radio Shack should have alligator clips that will fit your VOM probe tips or you may be able to find new leads with the clip built in instead of the probe.  If push comes to shove, just buy bare alligator clips and fit (crimp) them to the end of which ever probe you want to clip on the string. Just make sure it is clipped it below where you are testing and that it isn't touching any other strings.

I find an analog VOM easier to use with this method. The needle jumps and lags slightly, giving you plenty of time to see the action, so to speak. Its difficult to listen for a beep when you are plucking a note as well. As for attaching the lead to the fret, I have an old lead missing its tip so I have stripped the wire bare and I use a small piece of tape.

Having said all this, I haven't done this in ages! 19 years of staring at frets has honed a sixth sense (which one I don't know) such that diagnosis comes somewhat easier these days, BUT not always!