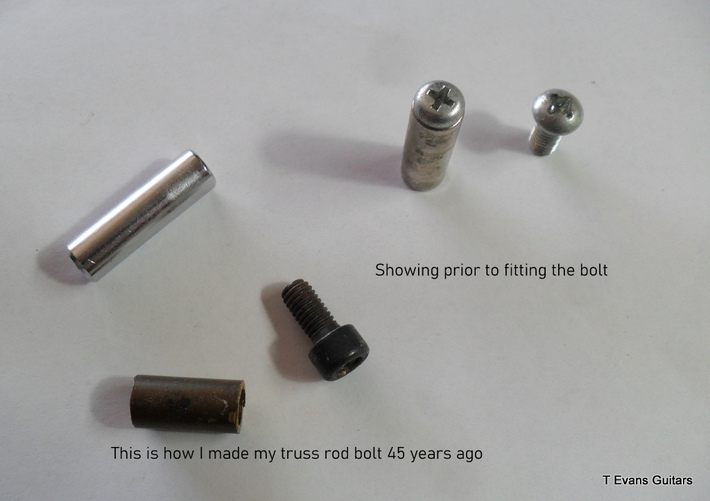 Just to close this off, I visited a couple of friendly repair techs at local dealers and wasn't able to locate a M6X1.0 thread truss rod nut for a Korean DT-4 Sigma acoustic.

Tried many parts sources (NextGen and Solo Music here in Canada, Philadelphia Luthier, LMI, AllParts in the US), no luck.

Oh well, good thing I have that membership; with a November discount and free shipping it wasn't too much to get a suitable replacement.

The threaded section of the new nut is perhaps 2mm shallower than the original, but will add a washer if this causes a problem.

Still hanging onto the old nut till I convince a friend to get a MIG setup, then can try putting a cap head socket onto the old rounded truss rod nut as Taff suggested.

Now just need to get some 1/4" fuel line and I can set up my low tech neck joint steamer (pressure cooker, water trap, and ball inflator needle)... 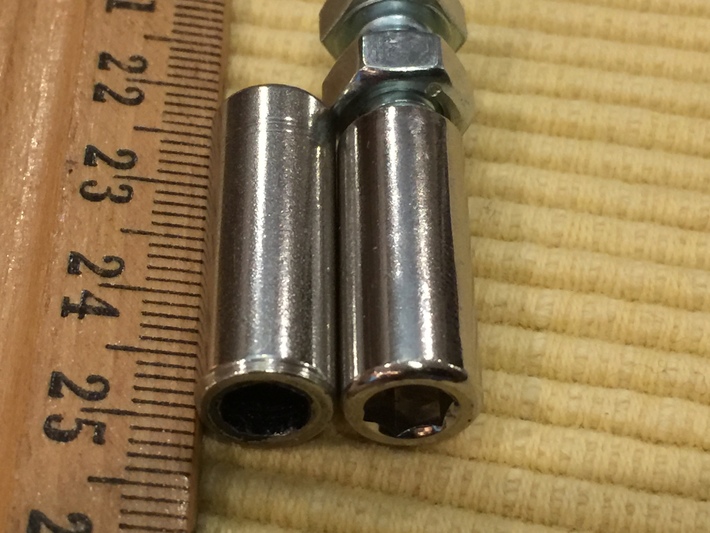 Hi, Glad you got it sorted.

I'm in very late on this but wasn't Sigma a CF Martin economy import line?  Maybe they can help with a direct replacement.

Just for those who might be facing the same search in the future, and to reply to Larry’s suggestion; I did reach out to both Martin USA and Sigma (now owned by a German company) and neither have any info on older Sigma (or any Sigma in Martin’s case). It seems to be solely dependent on communities like this one for info sharing. So similar to the Fender/Squire relationship brand-wise, but more detached wrt support.

Have most of the steamer parts now, but holidays are almost over and have been distracted with pillow bearings and cobbling together a pedestal buffer....

Im just wondering what a MIG setup is ? Maybe a PLEK ?